BBC Documentary Is a Conspiracy to Defame India: Naidu 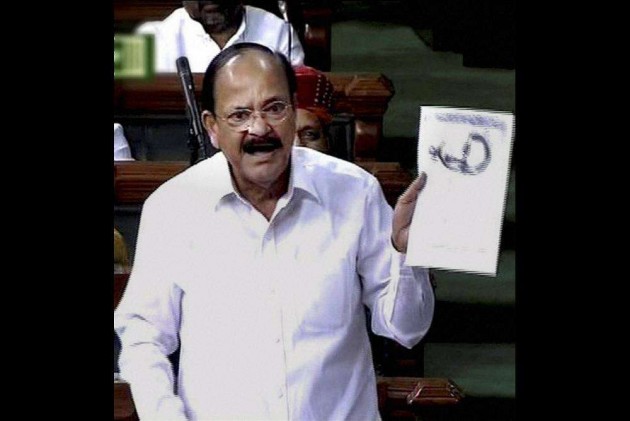 Print
A
A
A
increase text size
Outlook March 04, 2015 23:00 IST BBC Documentary Is a Conspiracy to Defame India: Naidu

Government today said there is a "conspiracy to defame" India through the telecast of the documentary containing the interview of December 16 gangrape convict and would explore ways how its screening can be stopped even abroad.

Participating in a debate on the issue in Lok Sabha, Parliamentary Affairs Minister M Venkaiah Naidu said the telecast of the film can be banned in India but there is a conspiracy to defame India and the documentary can be telecast outside.

"We can ban the documentary in India but there is a conspiracy to defame India and the documentary can be telecast outside. We will also be examining what should be done," Naidu said adding, "The Home Minister has said he will talk to the I&B Minister and find out what is the way."

Parliament witnessed outrage over the interview of Nirbhaya gangrape convict, prompting the government to promise an indepth inquiry and disallowing its telecast even abroad.

Members, cutting across party lines, questioned how permission was granted for interview of such a person and wanted a probe to find out who gave the go-ahead.

Women members in both Lok Sabha and Rajya Sabha were in the forefront of expressing their anger at the remarks made by the convict and said it reflected the "mindset" in the society.

Sharing anger of the members in both Lok Sabha and Rajya Sabha, Home Minister Rajnath Singh said in both Houses of Parliament that he has already spoken to the Information and Broadcasting Minister and told him that necessary steps be taken so that the documentary was not broadcast even abroad.