Barkha Dutt Quits NDTV, to Carry On as Consulting Editor 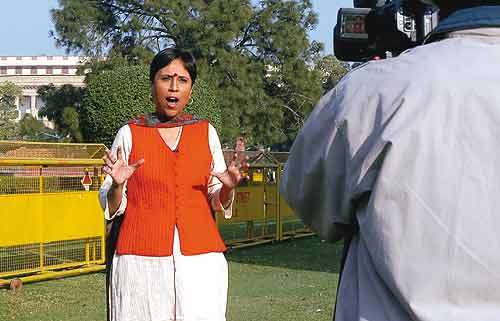 Print
A
A
A
increase text size
Outlook February 16, 2015 17:33 IST Barkha Dutt Quits NDTV, to Carry On as Consulting Editor

After twenty years of working with NDTV, senior journalist Barkha Dutt is set to change her association with the group .She will no longer be the Group Editor but will remain on as Consulting Editor of the group.

Dutt made her mark as a journalist with her coverage of the Kargil war and made her a house hold name at a time when the channel was the first 24-hour English news channels in India.

Dutt plans to set up her own media company and policy group but will continue hosting two shows that she currently does at the channel—the daily Buck Stops Here and the weekly We The People.

Founders of NDTV, Prannoy Roy and Radhika Roy announced her decision to step down in an e-mail:

Now, twenty years later, we wish her all the very best as she embarks on yet another role with us. Barkha will be moving to the role of Consulting Editor. She will remain as closely associated with NDTV as she has all these years as the anchor for The Buck Stops Here on weeknights and We The People on weekends. She will also be available, as always, for analysis and inputs on big news events and stories.

While her TV relationship with NDTV remains unchanged, in her new role she will be setting up her own multi media content company and policy group.

We have literally seen Barkha grow from a child to an adult professional and look forward to our close bonds only strengthening further as she embarks on this new venture.

I know you will join us in wishing Barkha the very very best.