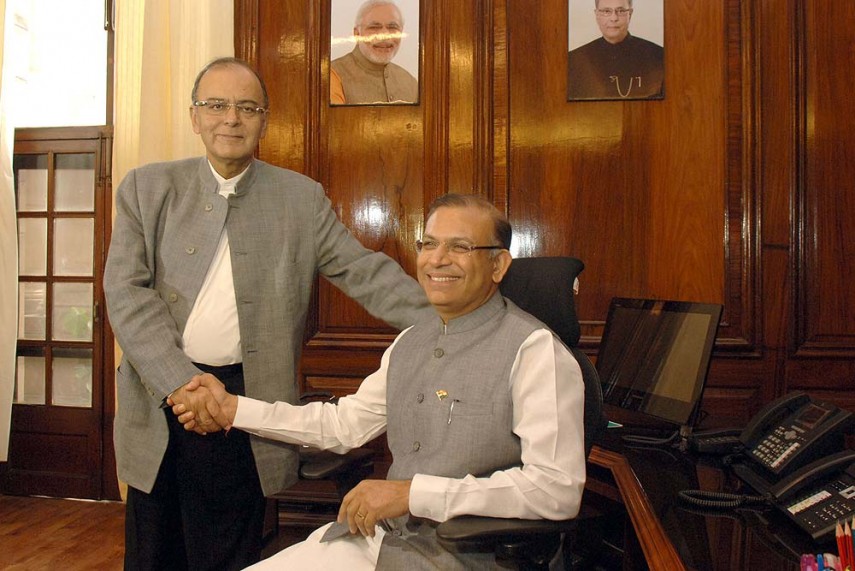 Print
A
A
A
increase text size
Outlook May 15, 2016 13:40 IST Bankruptcy Law: Sinha Says Employees' Rights to Be Foremost

The new Bankruptcy Law will fast- track recovery of dues from defaulters and employees will be first in line to get their share from liquidation of assets if a company goes belly-up, says Union Minister Jayant Sinha.

Besides, it would also bring down drastically the time taken to wind up a sick company while making the entire process much easier, the Minister of State for Finance said.

"The bankruptcy law is going to enable the recovery process to move much more smoothly and effectively," Sinha told PTI here.

Both Houses of Parliament within days passed the Insolvency and Bankruptcy Code last week to unify more than four overlapping sets of about a century-old laws to improve ease of doing business in the country.

The new law empowers employees, creditors and shareholders to initiate winding up process at the first sign of financial stress like a serious default on repayment of a bank loan. Once they trigger the clause, the matter goes to a 180-day resolution process, which can be extended by another 90 days by the adjudicator.

The new law also protects the workers in case of insolvency by giving first priority on paying their salaries for up to 24 months from the liquidation of assets.

"Employees' rights (and) creditors' rights have been dramatically strengthened and as a result, if indeed there is a default event, employees are first in line to be able to secure (there rights)," Sinha said.

It also provides for setting up of a new entity, the Insolvency and Bankruptcy Board of India, which will regulate insolvency professionals and information companies -— those which will store all the credit information of corporates.

Sinha said the entire architecture and infrastructure for insolvency will be in place within the next 12 months.

"The Insolvency Board is going to be the regulator of the insolvency professionals and information providers," he said.

Eminent and distinguished people would be chosen through a selection committee to be part of the Board, he said.

If insolvency cannot be resolved, the assets of the borrowers may be sold to repay creditors.

During the pendency of insolvency, the management of the debtor is placed in the hands of a resolution professional.

The new law provides for the National Company Law Tribunal to adjudicate cases for companies and limited liability partnerships, and the Debt Recovery Tribunal do the same for individual and partnership firms.

"But in addition to that we also have to strengthen the National Company law Tribunal (NCLT) and the NCLAT, which is the appellate body to NCLT. So those courts will also have to be set up along with the Insolvency Board," he added.

At present, it takes an average of 4.3 years to resolve insolvency in India and about 25.7 cents on the dollar is recovered, World Bank data shows, compared with 80.4 cents in the US after less than half that time.

This time frame will be cut after the new law is implemented, Sinha said.

India ranks 136th in the World Bank's resolving insolvency ranking, below 55th rank of China, which takes 1.7 years to resolve an insolvency case.