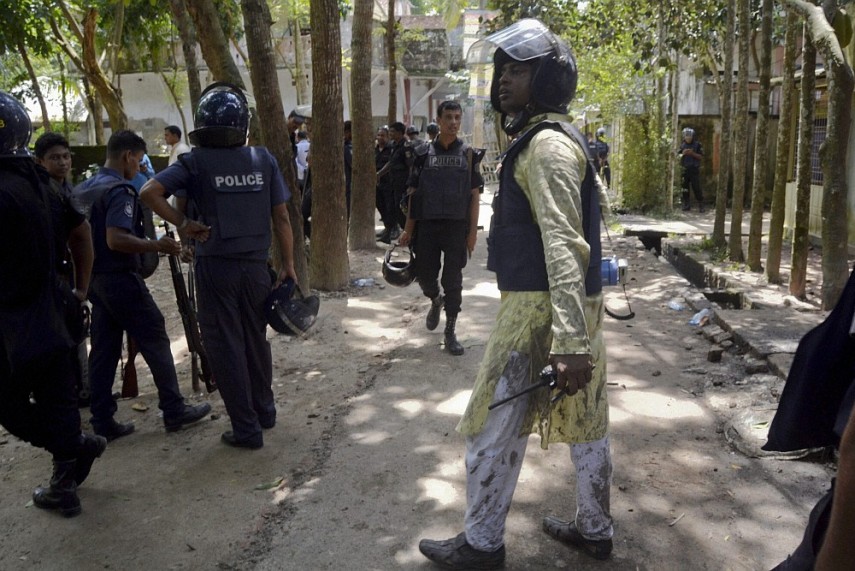 Bangladesh Police today announced a reward of over USD 25,000 for clues leading to the arrest of two Islamists identified as "masterminds" of the terror attacks at a cafe here and an Eid congregation.

Bangladeshi-Canadian Tamim Ahmed Chowdhury and dismissed army officer Syed Md Ziaul Haque have been identified as the brains behind the two terror attacks.

The police chief announced Tk 2 million rewards on each of them for information leading to their arrest.

"If anyone helps to arrest them or inform us after detaining them, we will give Tk 2 million reward for each of them," he said.

The IGP said their arrests will result into a "significant curb in militant activities".

Investigators earlier identified Chowdhury as the leader of "reconstituted" Jamaatul Mujahideen Bangladesh (JMB) or Neo JMB and the deserter military officer as main organiser of Ansarullah Bangla Team (ABT), which off late appeared as Ansar Al Bangladesh.

Independent security analysts earlier said the neo JMB was inclined to ISIS while ABT was ideologically linked to al-Qaeda though Bangladesh repeatedly declined presence of any foreign terrorist outfit in the country.

The briefing came a day after the police chief said that Bangladesh has alerted Indian security agencies that Chowdhury may have fled to India, amid a nationwide manhunt to track down the Bangladeshi-Canadian.

He said a massive manhunt is underway to track down Chowdhury.

A newspaper earlier reported that Chowdhury appeared as the leader and main financier of a reorganised JMB while Bangladesh earlier attributed the two attacks to the outfit.

A police officer familiar with the investigation earlier said evidence gathered from the scene of the July 26 overnight security raid at Dhaka’s Kalyanpur area, when nine presumed militants were killed, led police to identify Chowdhury, believed to be in his mid 30s.

The July 1 attack on the Holey Artisan restaurant left 22 people including an Indian girl and two police officers dead, while the July 6 assault on an Eid congregation at northern Sholakia killed 2 policemen and a woman.