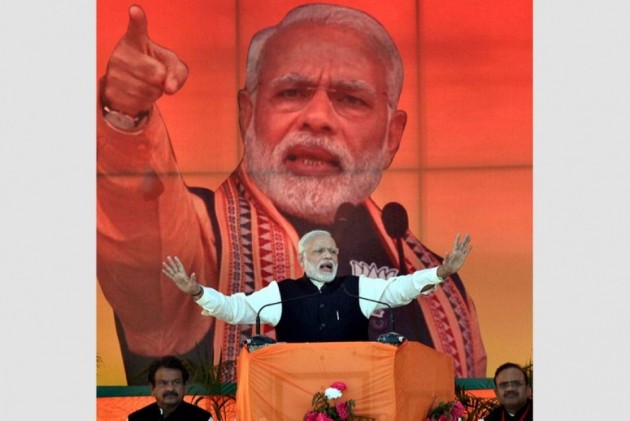 Amid Shiv Sena's growing criticism of Centre's demonetisation move, Prime Minister Narendra Modi on Tuesday told the party MPs that  had former party patriarch Bal Thackeray been alive, he would have supported the move.

Modi said this while interacting with Shiv Sena MPs, who met him in the national capital urging him to allow co- operative banks, district central co-operative banks (DCCBs) and credit co-operative societies to exchange notes.

"Prime Minister told the visiting MPs that had late Sena supremo Bal Thackeray been alive, he would have supported the decision to scrap Rs 500 and Rs 1,000 currency notes," a Sena source said.

Responding to Modi's invocation of former Sena supremo, party president Uddhav Thackeray said he was happy that PM had respect for Balasaheb in his heart.

"But right now, Modi needs to answer the people who are looking up to him with questions. If people get the answers they seek and their lives are made easier, Balasaheb would be happier," Thackeray said.

Centre's demonetisation move seems to have brought more bitterness in the already-strained ties between the two ruling allies -- BJP and Sena-- as the Uddhav Thackeray-led party has been consistently slamming Modi over the decision.