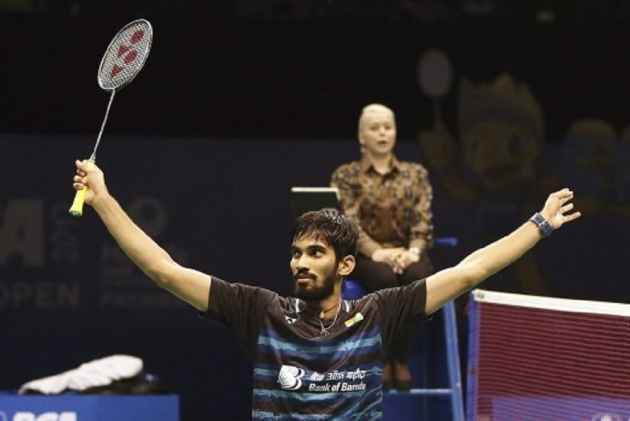 The Badminton Association of India (BAI) on Sunday announced a cash reward of Rs. 5 lakh for Kidambi Srikanth after the shuttler lifted his maiden Australian Open Super Series title in Sydney.

While announcing the reward, BAI president Himanta Biswa Sarma also heaped praise on Srikanth, who not only won his fourth super series title but also became the only sixth badminton player in the world to make it to three consecutive Super Series finals on the trot.

"We are really very proud of Srikanth for his achievements. It is simply phenomenal. He has not only made the whole country proud once again but has etched his name among the best and no word would enough to praise Srikanth," said Sharma while congratulating Srikanth on his amazing win.

Coming on the back of his maiden Indonesia Open title, the 24-year-old continued his rich vein of form in the Australian Open Super Series as well as he fended off China's Chen Long 22-20, 21-16 in the finals to clinch his fourth Super Series title.

Reiterating president's views, Anup Narang, official spokesperson and Secretary General of BAI, said, "It is indeed a very huge achievement for Srikanth and Indian badminton. The entire BAI is in a jubilant mood and I am sure so is the badminton fans across the country."

With the win, Srikanth has now gone to number one in Dubai Destination Rankings. (ANI)