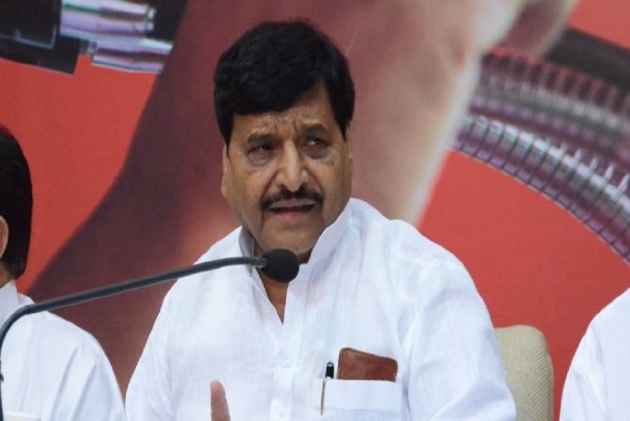 Sidelined Samajwadi Party leader Shivpal Yadav today said he was ready for any "placement" in the party provided Mulayam Singh Yadav got "due respect" even as he held "sycophancy" and "backbiting" responsible for the party's woes.

Mulayam's brother insisted that all will be well if the family is united.

"There is no dispute within the family. There is no reason for dispute. Whatever, problems are there, they are due to sycophancy and backbiting. Our first priority will be to unite the family", Shivpal said.

"If family is united everything will be well. I ask everyone to sit with Netaji (Mulayam Singh Yadav), who is head of the family. I want him to get due respect and honour as he is the one who made Samajwadi Party. Whatever we are is due to him", he said.

On his decision to form the 'Samajwadi Secular Front', which will be headed by Mulayam, Shivpal said that it will bring the party on the "right track".

Maintaining that he is still in the party and will only try to strengthen it, Shivpal said, "if Mulayam gets due respect in the party, I am ready for any placement".

Shivpal, who has been at odds with nephew and SP chief Akhilesh Yadav, however had made it clear that he was forming just a "front" and not a political party.

"We will constitute the Samajwadi Secular Front on July 6 to bring the SP on the right track. We will formally announce it at a meeting in Lucknow", Shivpal had said.

He said those sidelined in the party will be associated with the front while talks will also be held with other parties in order to make the SP strong.

"SP patron Mulayam will be the national president of the front and I would be its convenor," he said.

It would be a front, and not a political party, he maintained.

The Samajwadi Party has witnessed a prolonged factional fight that began before the Uttar Pradesh Assembly elections with Akhilesh and Shivpal camps on the opposite sides.