Azam Khan Would Be Beheaded for Making Same 'Army' Comment In Any Muslim Country: Swamy 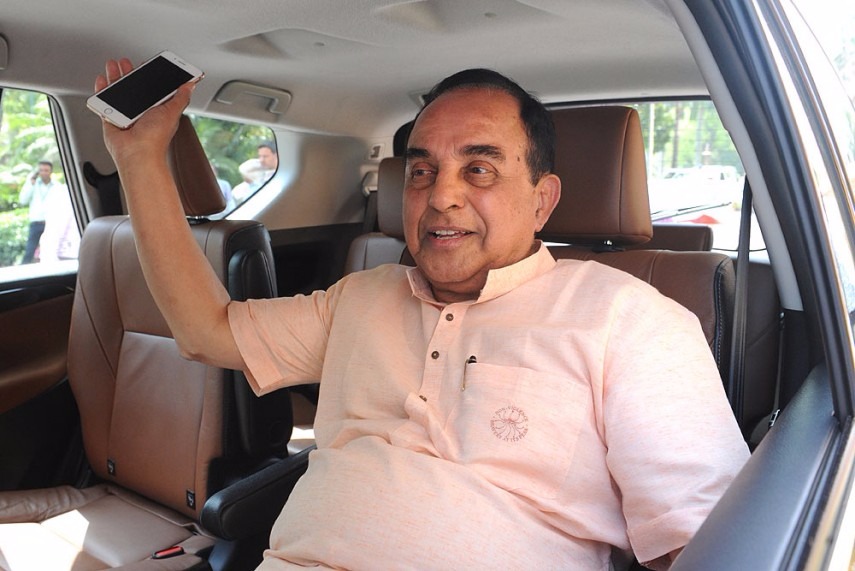 Print
A
A
A
increase text size
Outlook June 29, 2017 16:12 IST Azam Khan Would Be Beheaded for Making Same 'Army' Comment In Any Muslim Country: Swamy

Claiming that Azam Khan is enjoying the freedom of democracy in India, Bharatiya Janata Party (BJP) leader Subramanian Swamy on Thursday said had the Samajwadi Party leader made such a statement in any Muslim country, he would have been beheaded.

Yesterday, Khan waded into another controversy with statements that appeared to make allegations of rape against the Indian soldiers. The comments triggered an angry reaction from the entire political fraternity.

Khan had said, "Armed women attacked soldiers and cut off their private parts. They cut the part they had problems with. India should be ashamed. How will the country face the world now?"

Swamy said the purpose of such people is to stay in news and block vote of the Muslims by misleading them.

Swamy also opined that action against such people should be taken soon.

"He says awful things. That man in unbalanced. The democracy that he (Azam Khan) is enjoying in India, in no Muslim country can he speak like this about their own situations. If, say, he is a Saudi Arabian citizen and says the Saudi Arabian Army is raping women, he would be beheaded the next day or stoned. These people are using our democracy," Swamy told ANI.

However, the SP leader earlier today came in his defence and said his comments were misconstrued by the media.

Khan downplayed that his comments affected the Indian Army's morale and said, "My statement was misconstrued by media. How can army's morale fall because of me? I am nobody. Army's morale fell when Prime Minister Modi went to Pakistan."

Khan further said that he is Bharatiya Janata Party's (BJP) "item girl" because the saffron party always has a habit of playing politics with his statements.(ANI)