Azam Khan Returns Cow Gifted by Seer, Says Vigilante May Kill It to Defame Him 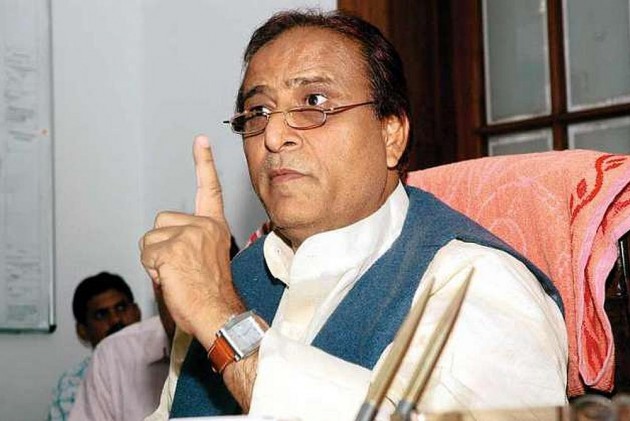 Print
A
A
A
increase text size
Outlook April 09, 2017 19:04 IST Azam Khan Returns Cow Gifted by Seer, Says Vigilante May Kill It to Defame Him

Senior Samajwadi Party leader Azam Khan today returned the cow which was gifted to him by Shankaracharya of Govardhan Peeth Swami Adhokshjanand Maharaj, saying any vigilante could kill the animal to "defame" him.

The former Uttar Pradesh minister in a letter to the Hindu seer said: "Muslims were living in an atmosphere of insecurity ... Any cow vigilante might harm or even kill the beautiful and beneficial animal to defame me and the Muslim community."

The Hindu seer had in October 2015 gifted a black cow to Khan after the latter had expressed his desire to have one in his dairy.

Khan alleged a "vicious propaganda has been launched against Muslims in the country and their condition was even worse than that of slaves".

He accused the state government of practising double standards, saying "the VVIPs are allowed to consume meat but common people are being troubled unnecessarily and even eliminated".

The SP leader said to the Shankaracharya that he accorded "best treatment" to the cow and the animal was being returned keeping in view its "safety and security".

He told reporters that the cow was "safely" sent back to the seer in the afternoon.