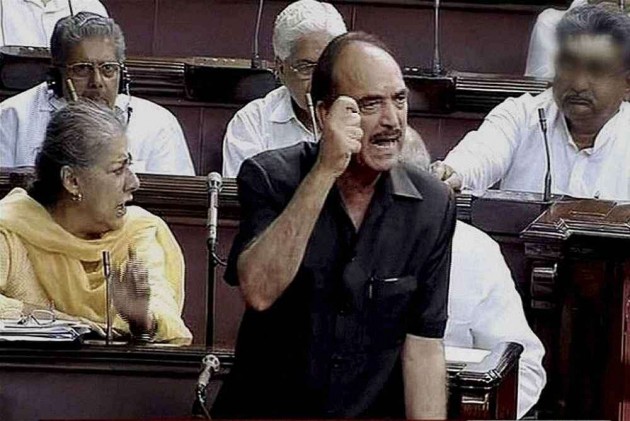 Congress leader Ghulam Nabi Azad today demanded action against writer and activist Arundhati Roy for her reported comments in which she had criticised Mahatma Gandhi for his "casteist tendencies".

"If someone (Arundhati) says that Gandhi ji was casteist... That should not be tolerated and that cannot be tolerated. Action should be taken against that individual," Azad told reporters here today.

Azad said, "Action should be taken by the government no matter how big she or he may be. India is proud of Gandhi ji as our leader".

The former Union minister said, "He is the Father of the Nation and one person who is being respected across the political lines, religion, and globe; not only in India. If somebody passes any remark against Gandhi ji, I think government must take some action."

The Congress leader also came to the rescue of journalist Ved Prakash Vaidik who is under attack for meeting terror mastermind Hafiz Saeed in Pakistan.

Azad said, "People have misunderstood this. We are not saying that Vaidik is untouchable. Vaidik as a person and as individual is respected in the society but what we have objected is his meeting with Hafiz Saeed".

"Yes, he was part of the delegation. Our Congress leaders attended the conference for two days and third day they returned."

"Vaidik stood back for two or three weeks and during the period, he met large number of Pakistani leaders -- present and previous rule and during this period he also met Hafiz Saeed," he said.