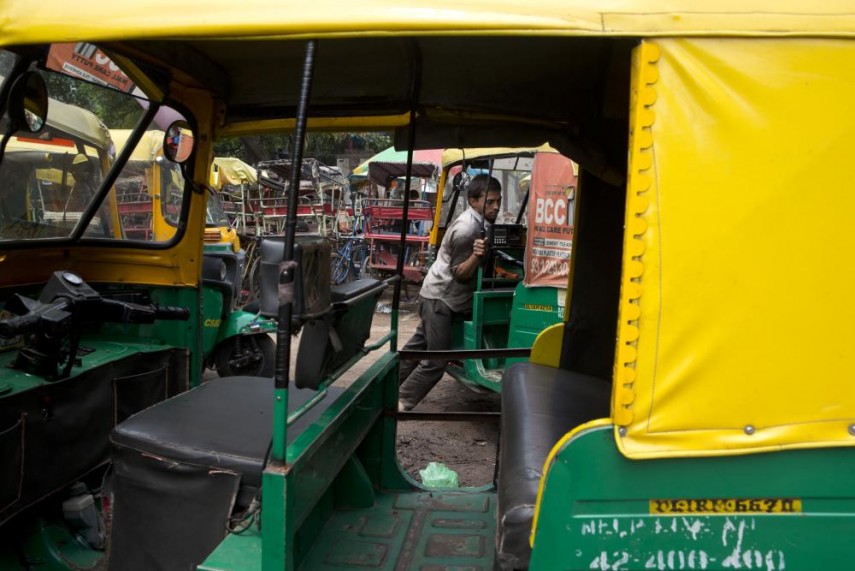 Chief Minister Arvind Kejriwal blamed Lt Governor Najeeb Jung for the plight of Delhites and accused him of "supporting the BJP" to "cripple" the city as commuters continued to suffer, with the strike against app- based cab services by auto and taxi unions entering the second day today.

The commuters were left stranded at various places including railway stations, ISBTs, airport and metro stations as thousands of autos and taxis remained off the city's roads due to the strike called by the Joint Action Committee (JAC) of 20 auto and taxis (yellow-black) unions.

Though some auto-rickshaws and taxis were seen ferrying passengers, most of them remained off the capital's roads. Regular commuters and those visiting the city had a harrowing time. The strain on public transport system was immense.

Transport minister Satyendar Jain, who called a meeting with representatives of some auto and taxi unions to discuss their demands, claimed 17 unions have called off the strike.

But JAC member Rajendra Soni refuted Jain's claim and said they will not end the protest until their demands were met.

Soni, who is the general-secretary of Delhi Autorickshaw Sangh and Delhi Pradesh Taxi Union, said that the strike will continue tomorrow.

There were reports of protesters not allowing other taxi and auto drivers to run their vehicles on the Outer Ring Road, Kondali. They also broke windscreens of taxi and autos at some places.

Members of the Joint Action Committee today sat on a hunger strike outside the residence of Kejriwal, demanding action against app-based taxi services.

"The JAC formed by 20 unions of auto and taxi unions has not called off its indefinite strike. The representatives of unions who earlier in the day met Jain were affiliated to the Aam Aadmi Party. We will continue our strike tomorrow as well.

"The operations of Uber and Ola are illegal as they don't have permits to run their taxis in Delhi but despite that the government is allowing them to take away our livelihoods," Soni said.

He also said that the JAC has sought an appointment with Union Transport Minister Nitin Gadkari tomorrow to raise their demands as the city administration has completely "failed" to address their issues.

Meanwhile, the Delhi chief minister retweeted a video in which an auto driver could be seen saying he feared that their vehicles may be damaged and that they were not running their vehicles. He also claimed that the police had not made security arrangements for them.

Kishan Verma, president of All Delhi Auto-Taxi Transport Congress Union (ADATTCU), said drivers of yellow-black taxis and auto-rickshaws have been asked not to operate their vehicles tomorrow as well.

Yesterday, the Delhi Transport Minister had termed the strike as "BJP-sponsored".