Atmosphere Not Right For Xi-Modi Meet On Sidelines Of G20 Summit In Hamburg: China 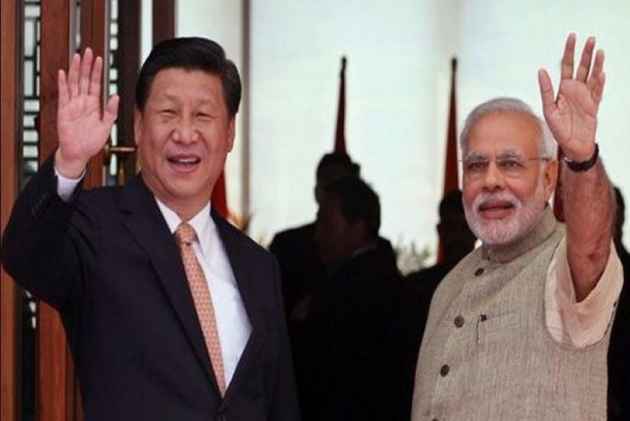 Print
A
A
A
increase text size
Outlook July 06, 2017 13:40 IST Atmosphere Not Right For Xi-Modi Meet On Sidelines Of G20 Summit In Hamburg: China

China today said the "atmosphere" was "not right" for a bilateral meeting between Prime Minister Narendra Modi and President Xi Jinping on the sidelines of the G20 Summit in Hamburg, amidst a standoff between the armies of the two countries in the Sikkim section.

The "atmosphere is not right" for a bilateral meeting between President Xi and Prime Minister Modi, Chinese Foreign Ministry officials said ahead of the G20 Summit in the German city of Hamburg from tomorrow.

China and India have been engaged in a standoff in the Dokalam area near the Bhutan tri-junction for the past three weeks after a Chinese Army's construction party attempted to build a road. Doka La is the Indian name for the region which Bhutan recognises as Dokalam, while China claims it as part of its Donglang region.

There were reports that Modi and Xi may meet on the sidelines of the G20 Summit to resolve the standoff.

Chinese Foreign Ministry Spokesman Geng Shuang expressed hope that "India can immediately withdraw the border troops to the Indian side of the boundary to uphold the peace tranquillity of the China and India border areas".

"I think this is the pre-condition for any meaningful peace talks between the two sides," he told a media briefing here when asked about the meeting between Modi and Xi on the sidelines of the G20 summit.

Geng, however, said the BRICS leaders meeting which will be attended by Modi and Xi will take place on the sidelines of the summit tomorrow.

On the possibility of a Xi-Modi meeting, Geng said relevant information will be released in a timely manner.

China's state-run media yesterday had quoted Chinese analysts as saying that Beijing would be forced to use a "military way" to end the standoff in the Sikkim sector if India refuses to listen to the "historical lessons" being offered by it.