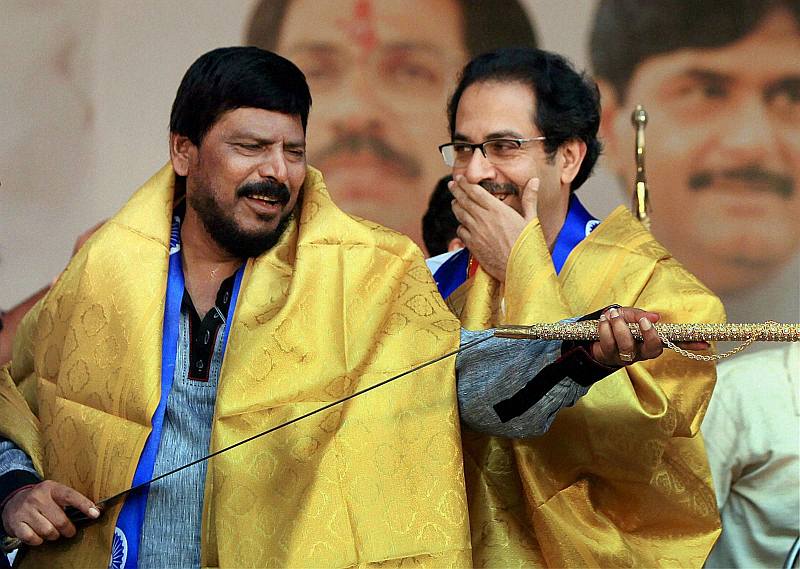 Seeking 25 per cent reservation for upper caste poor, dalit leader and Union Minister Ramdas Athawale today said the present ceiling of 50 per cent should be raised for this additional quota for which the Constitution might be amended.

"I am in favour of providing 25 per cent reservation for the economically backward sections belonging to upper caste from the 50 per cent left for general people," the Minister of State for Social Justice and Empowerment told reporters here.

He said the present maximum quota of 50 per cent should be increased to 75 per cent in order to accommodate economically backward classes belonging to various categories including Gujjars, Patels, Rajputs, Marathas, Jats and Brahmins.

"In order to increase the quantum of reservation beyond the existing quota for SC, ST and OBCs, the Constitution should be amended to avoid any legal hurdle," he said.

Noting that Tamil Nadu already provides 69 per cent reservation, Athawale said economically backward people from upper castes should be accommodated in the proposed additional 25 per cent quota. He asserted that the extra quota would not affect SCs, STs and dalits.

Strongly batting for inter-caste marriages, Athawale said it should be encouraged in a big way and states should also provide attractive incentives to those opting for this.

"It would not only bring down atrocities on dalits and tribals but also put an end to casteism in due course," he said.

Asking Odisha Chief Minister Naveen Patnaik to set an example, the union minister said Patnaik should announce that the districts recording high inter-caste marriages would get reward of Rs 20 crore to Rs 25 crore. Youths opting for inter caste marriage should also be promised jobs, he said.

Stating that atrocities on dalits had increased and law alone cannot prevent it, he said people should work together to bring about social changes by promoting inter-caste marriage.

On various welfare measures of the centre for the disadvantaged sections, the union minister said that the scholarship being given to SC, ST and OBC students at present was inadequate and the union government was considering steps to increase the amount substantially.

"Around 68 lakh ST and SC and 72 lakh OBC students are now getting scholarships from the centre and there is a proposal to raise the budget on this head," he said.

Emphasising that the NDA government is working for the disabled people, Athawale said a proposal to increase the amount of pension given to the handicapped was also under serious consideration of the centre.