At Least 60 Inmates Killed in Prison Riot in Northern Brazil 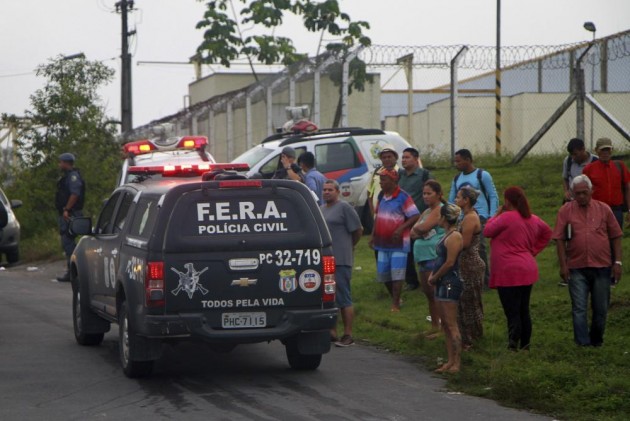 Print
A
A
A
increase text size
Outlook January 03, 2017 09:52 IST At Least 60 Inmates Killed in Prison Riot in Northern Brazil

At least 60 inmates died during a prison riot in the northern state of Amazonas, including several who were beheaded or dismembered, Brazilian state authorities said today.

State public security secretary Sergio Fontes said that in addition to the deaths, some inmates escaped, but he did not say how many. Several prison guards were held hostage.

"This is the biggest prison massacre in our state's history," Fontes said during a press conference.

The riot began yesterday in the afternoon and lasted until this morning.

Two of the biggest crime gangs of Brazil began fighting last year over control of several prisons and authorities in Amazonas believe that's the reason behind the first riot of 2017.

Fontes said the inmates made few demands to end the riot, which hints at a killing spree organized by members of a local gang against those of another that is based in Sao Paulo.

The secretary said officers found a hole in a prison wall through which authorities believe weapons entered the building.

Fontes confirmed that many of the dead had been beheaded and Judge Luis Carlos Valois, who negotiated the end of the riot with inmates, said he saw many bodies that were quartered.

"I never saw anything like that in my life. All those bodies, the blood," Valois wrote on Facebook.

Valois said that during the negotiations, inmates only asked "that we did not transfer them, made sure they were not attacked and kept their visitation."

The riot ended after the inmates freed the last of the 12 prison staffers they had held hostage, Valois said.

In another prison in Amazonas, 87 inmates escaped in the first hours today, Fonte said.

Continue FREE with Ads Pay Rs. 1 to Read Without Ads
READ MORE IN:
International
Next Story : SP's War For Party Symbol Moves To The EC
Download the Outlook ​Magazines App. Six magazines, wherever you go! Play Store and App Store