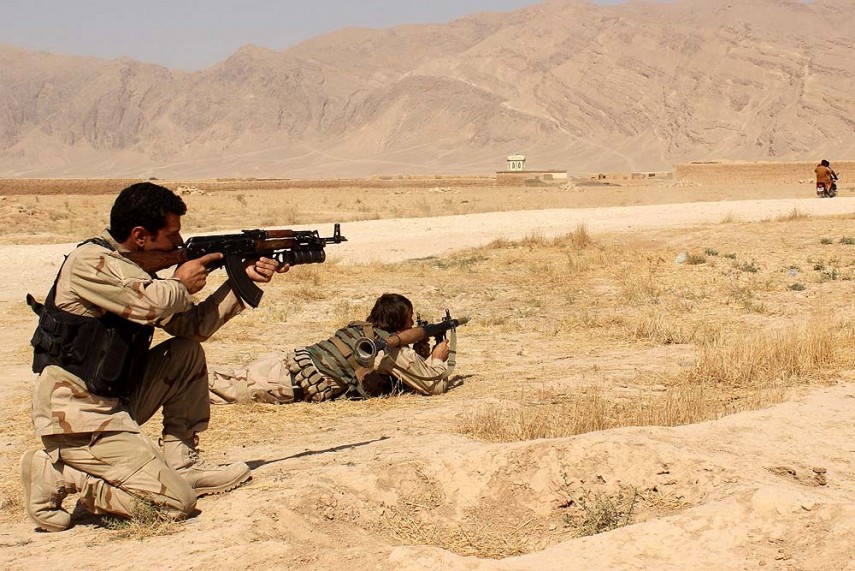 At least nine policemen were killed in Taliban attacks on checkpoints in the northern Afghan province of Baghlan, while another two were killed in the east, security officials said today.

He also said five insurgents were killed and three wounded in the ensuing gun battles. Fighting was ongoing elsewhere in the region, he added.

In eastern Nuristan province, two police officers were killed and nine others were wounded in an attack on a district headquarters in the early hours today, said Gen. Akramudin Sareh, the provincial police chief.

Sareh said around a dozen insurgents were killed in the battle in Waygul district. "Afghan security forces repelled a huge attack," he said.

He also confirmed that sporadic gun battles are ongoing in the area. Nuristan is a remote, mountainous and largely impassable region bordering Pakistan; its population is known for their green eyes and red hair.

Zabihullah Mujahid, the Taliban spokesman, claimed responsibility for the two attacks, adding that the attackers had seized equipment from the police.

Taliban fighters frequently attack police checkpoints as they are easy targets and present opportunities to seize vehicles, weapons and ammunition.

Authorities want to reduce and consolidate the checkpoints, but local residents frequently say they feel safer with them.

In eastern Paktika province, more than 20 insurgents were killed by an air strike in Khoshamand district on Thursday night, according to Gen. Khalilullah Ziayee, the provincial police chief.