At 100, the Spirited Zohra Sehgal Lively As Ever 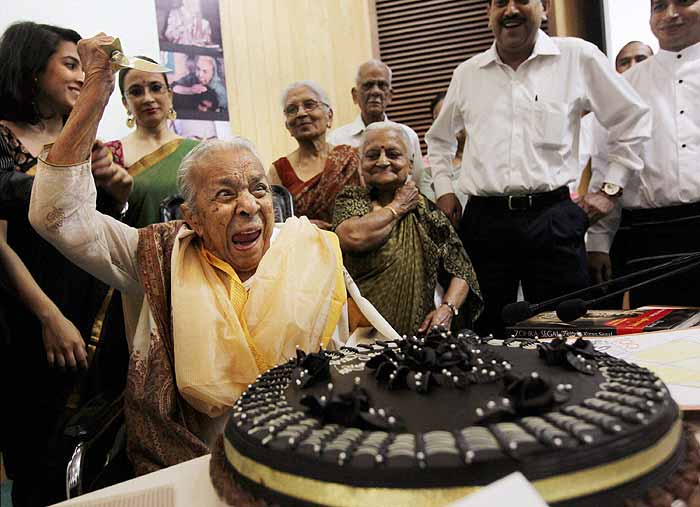 Celebrating her 100th birthday with the launch of her daughter Kiran's book, the grand old lady of Indian Cinema Zohra Segal showed that she continues to defy her age with her indomitable spirit and feisty enthusiasm.

"Thank you all for coming here today. The relationship between an artist and the audience is the most beautiful. If you people hadn't turned up, who would we have spoken to?" said Zohra, who arrived on a wheelchair helped by her great granddaughter Madhyama. 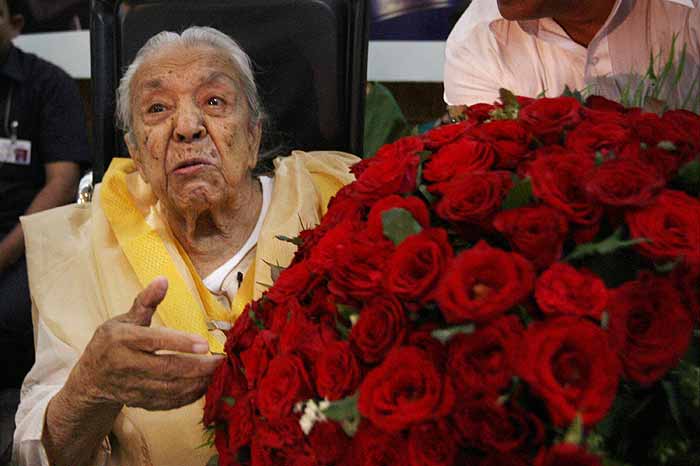 "All my life I have been active in my profession since October 8, 1935. Even when my children were born, or my husband committed suicide, I managed to carry on. After the 75th year of my career, I decided to stop," she said in an audio visual recorded to commemorate her 100th birthday.

What does she wish for in life now that she has turned 100? "I want long blonde hair, an hourglass figure and 5 foot 6 inches height," Zohra said in her usual witty manner.

In the recorded interview, she also said she had asked for euthanasia from her daughter Kiran many a time. "I would like to take an injection and go to sleep."

Zohra, called the "laadli" of entertainment and the doyenne of Indian theatre, was part of many a film and stage production over the past seven decades. Having starred in films like Hum Dil De Chuke Sanam, Dil Se and Cheeni Kum, Zohra was last seen in Sawariyaa (2007).

"It's a proud day for us that Zohraji has completed 100 years of her life. Her infectious energy is inspiring," said Prime Minister's wife Gursharan Kaur, who calls Zohra 'Ammi', after launching her biography Zohra Segal: Fatty.

Kiran said, "When I was approached to write the book, I wasn't interested. She is my mother, I don't feel anything special about her. After much insistence I started jotting down points from my childhood, and that's how the book has come to be."