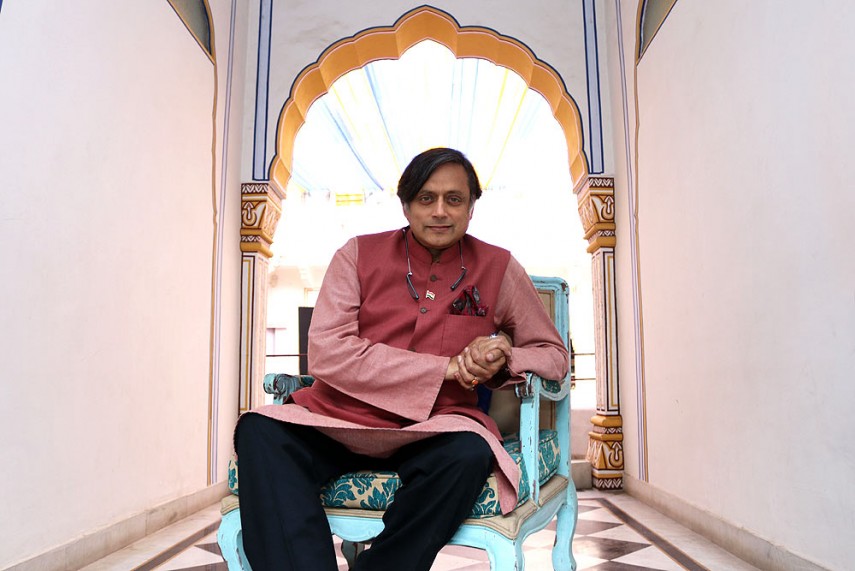 Prolific author and MP Shashi Tharoor said he is astonished to know that Britain does not teach its colonial history in schools and urged the country to educate students about it to ensure a well-rounded view of the past.

The Congress lawmaker from Thiruvananthapuram, who is in the UK for a launch tour of his new book, Inglorious Empire: What the British Did to India, said while his book was not about India's modern-day relationship with the UK, it was important to learn some of the lessons of the past.

"It is astonishing that nothing is taught here at all about colonial history in schools. If it is still happening today, then a corrective is needed," Tharoor said at the UK launch of the book in London yesterday evening.

"This book attempts to fill a bit of a deficiency... As a broad-brush portrait of the British Empire. It is not about India's relationship with Britain today as two sovereign equals or written with a desire to influence today's geopolitics in any way," the former UN diplomat said.

The book was launched by Indian High Commissioner to the UK, Yashvardhan Kumar Sinha, who is also a student of history and a batch-mate of Tharoor from his days at St Stephen's College in Delhi University.

"As we celebrate the UK-India Year of Culture, it is appropriate that this book is released here as a literary effort. While we may or may not agree with everything written in the book, it is important to look at history from an informed perspective. And, as we acknowledge the past, we must look at the present and future [of UK-India ties], which in my view is extremely bright," Sinha said.

Tharoor's book, which was released in India last year as An Era of Darkness: The British Empire in India, catalogues the harsh economic impact of Britain's colonial rule in India.

It was born out of a speech he had given at the Oxford Union in 2015, which went viral with millions of hits on social media.

"The fact that my speech struck such a chord with so many suggested that what I considered basic was unfamiliar to many and resulted in this book," Tharoor said, adding that his book was intended as a means of triggering an interest in exploring the history of the British Raj in greater depth rather than as a comprehensive account of Britain's colonial past.

"It is not intended to serve as fodder for any score settling. History is its own revenge," he said.