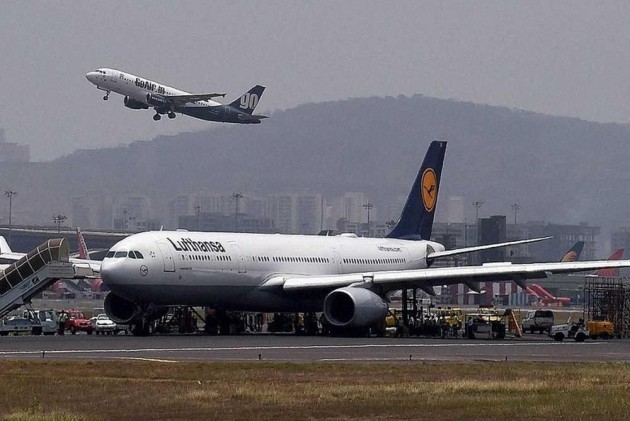 Pitching for an early approval to the proposal of providing in-flight Wi-Fi services over the Indian airspace, the Assocham today said that the move would not only enable the fliers stay connected even when they are mid-air but also improve flight safety.

The Assocham Secretary General D S Rawat, in a letter to Prime Minister Narendra Modi, has also said that various customer surveys findings also suggest that travellers expect to stay connected via their smart devices and laptops even while flying.

Globally, many airlines are already offering Wi-Fi for passengers, but they currently have to switch off the facility when they enter the Indian airspace as such services and phone calls are not allowed on flights under the present regulations.

"In Flight Connectivity (IFC) promises to substantially improve safety of airlines as it enables flight tracking in respect of aircraft in near real time reporting latitude, longitude, altitude, true heading and ground speed; streaming of flight data recorder off the aircraft in real time; and facilitating real time intervention for safety and security based on flight data monitoring," the Assocham said in the letter.

A large number of countries and airlines have already operationalised the in-flight connectivity, the Assocham said in the letter adding, even Sri Lanka, Pakistan, Bangladesh and Nepal have permitted IFC in planes over-flying their territory while India is yet to take any decision.

"As a result, each time an aircraft equipped with IFC enters Indian air space, it is forced to switch off the service to the passengers till it passes the Indian skies, causing hardship to the passengers," Rawat said.

Significantly, Raju had early this month told Parliament that "the department of telecommunications has already moved a proposal for providing in-flight connectivity for voice, data and video services for consideration of the committee of Secretaries."

However, Raju also said providing on board Wi-Fi services in Indian airspace involves amendment of provisions of Indian Telegraph Act, 1885 as well as Indian Telegraphy Rules made thereunder. More The Assocham letter said besides increased safety, the

IFC would enable the passengers to stay connected and make use of several services.

"Aviation is facing a technological revolution. As aircraft becomes smart, fully connected machine, new services can be introduced to benefit the passenger experience, grow revenue for operators and improve safety.

"All this relies on stable and safe connectivity - from the cabin to the cockpit. IFC can in fact cover both cabin service provision to the passengers and cockpit safety and security services, such as flight tracking", the letter said.

Chicago Convention facilitates the use of radio equipment when crossing over multiple jurisdictions. Many countries have already given rights to satellite service providers for in-flight connectivity in aviation sector.

Generally, Wi-Fi facility for fliers can be provided either through air-to-ground technology or satellite connectivity and the latter will be expensive.

Assocham, in the letter, also said that the IFC was imperative for businessmen or other individuals to stay connected but its absence in the Indian territory which consumes on an average two hours of a journey, disrupts the communication.

"The earlier India permits the IFC, the better both for the air passengers as also for India's image as a progressive country," it said.

Vast majority of fliers covered under various surveys wants IFC and in fact choose an airline based on broadband availability, it said adding, a number of airlines (72 airlines by the end of 2015) have already installed or announced plans to install passenger connectivity system on board.

The number of connected commercial aircraft is increasing rapidly thanks to the satellite high speed internet, it said.

Continue FREE with Ads Pay Rs. 1 to Read Without Ads
READ MORE IN:
Business
Next Story : Mulayam Slights Akhilesh By Releasing A List Of Candidates, Says Party To Go Solo In UP Polls
Download the Outlook ​Magazines App. Six magazines, wherever you go! Play Store and App Store