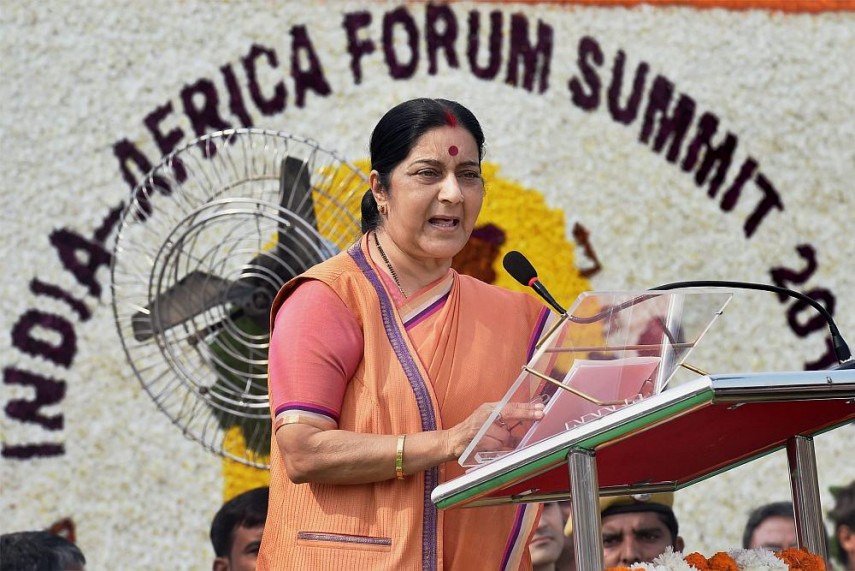 Amid outrage over a string of attacks on Africans in the national capital, five people were arrested today for their alleged involvement in the incidents, with Home Minister Rajnath Singh directing the police to take strict action against the attackers and step up patrolling in the areas inhabited by the community.

Three more persons have been identified and the police are looking out for them, DCP (south) Ishwar Singh said.

Kunal was earlier suspected to be a minor and his actual age was verified after scanning several documents, a senior official said.

Meanwhile, a fresh case in the matter was registered today in connection with the alleged assault on a brother-sister duo from Cameroon around the same time in the area.

The incidents came close on the heels of killing of a Congolese national that had triggered angry reaction by all the African countries. Their envoys had unitedly threatened to boycott the Africa Day celebrations of the Indian government last week, before they were persuaded against it.

Police attributed two of Thursday's incidents to a dispute over African nationals playing loud music and other to a scuffle over public drinking.

A police official denied that rods or bats were used in the assaults, saying the nature of injuries would have been different then. He said a man had sustained an injury on his nose.

Earlier, the Home Minister condemned the attack and called Delhi Police chief Alok Kumar Verma to his residence to express concern over the attacks.

"Spoke to Commissioner of Police, Delhi regarding the incidents of physical assault against certain African nationals. Such incidents are condemnable," Singh tweeted.

"Instructed CP Delhi to take strict action against the attackers and increase patrolling in these areas to ensure security of everyone," he said in another tweet.

Prior to that, External Affairs Minister Sushma Swaraj tweeted that she had spoken to the Home Minister as well as Delhi Lt Governor Najeeb Jung over the incident, telling them to ensure security of African nationals. She said a sensitisation campaign will also be carried out in the areas where African nationals reside.

"I have spoken to Shri Rajnath Singh ji and Lt Governor Delhi reg(arding) attack on African nationals in South Delhi yesterday. They assured me that the culprits will be arrested soon and sensitisation campaign will be launched in areas where African nationals reside.

"I have asked Gen V K Singh, MoS and Secretary Amar Sinha to meet# African students who have announce(d) demonstration at Jantar Mantar," she added in another tweet.

Sinha, Secretary (Economic Relations) in the MEA has been in touch with African community following the attacks.

V K Singh, meanwhile, claimed that the attack on African nationals was a "minor scuffle" which the media was "blowing up" and questioned its motives.

"Had detailed discussion with Delhi Police and found that media blowing up minor scuffle as attack on African nationals in Rajpur Khurd," Singh, the MoS for External Affairs tweeted.

"Why is media doing this? As responsible citizens let us question them and their motives," he said.

"In the unfortunate death of Mr.Masunda Oliver, the Government will assist his family to travel to India to receive his mortal remains. We will also arrange for his mortal remains to be transported to DR Congo at our expense," he said.

Envoys of African countries on Thursday had expressed shock over killing of Oliver following which India assured them of safety of African nationals.

Regarding the string of attacks on African nationals following Oliver's killing, police said these were isolated incidents and nothing like "organised attacks".

Since yesterday police has held several meetings with various resident associations in the area.

Addressing one such gathering, DCP Ishwar said, "They have come to our country, they are our guests and friends. They have come here just because they trust us.

"The way you behave with them will have repercussions on our brothers living outside. An example is the way Indians were attacked after the murder of a Congolese youth," he said.