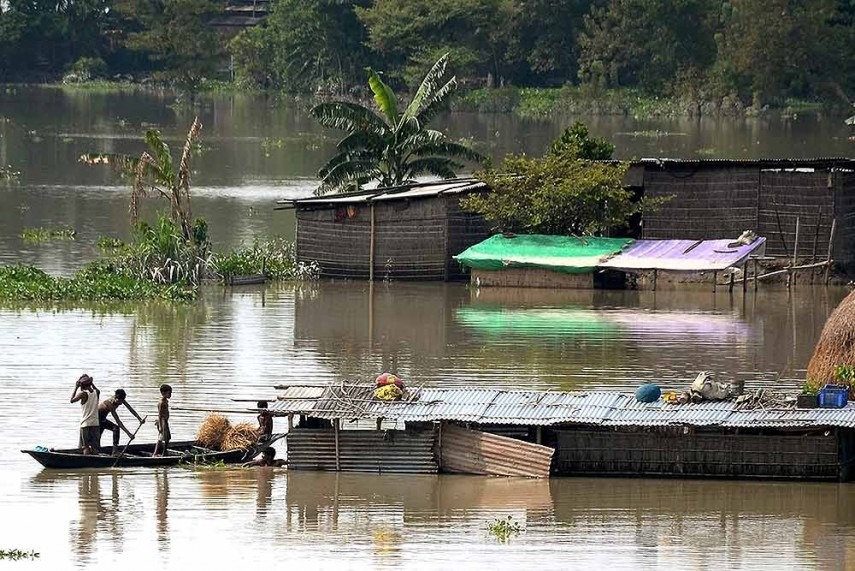 Heavy rains continued to wreak havoc in state Assam as 13 people were declared dead in the Morigaon district, while 393 villages were badly affected by the downpour.

Following this, the death toll due to floods increased to 148 on Sunday with three more deaths reported from Laharighat in Morigaon, Bilasipara in Dhubri and Bokakhat in the Golaghat district.

The locals informed that their houses were flooded and it was impossible to live inside them. They were forced to stay outside in tents.

A local further stated that they have not received any help from the government even after a month's despair.

On August 18, Governor Banwarilal Purohit apprised Prime Minister Narendra Modi of the flood situation and sought a second central team to visit the state to assess the damage caused by the deluge.

Over 1.18 lakh hectares of farm land are under water, while large swathes of agricultural land covering nearly four lakh hectares are still submerged.