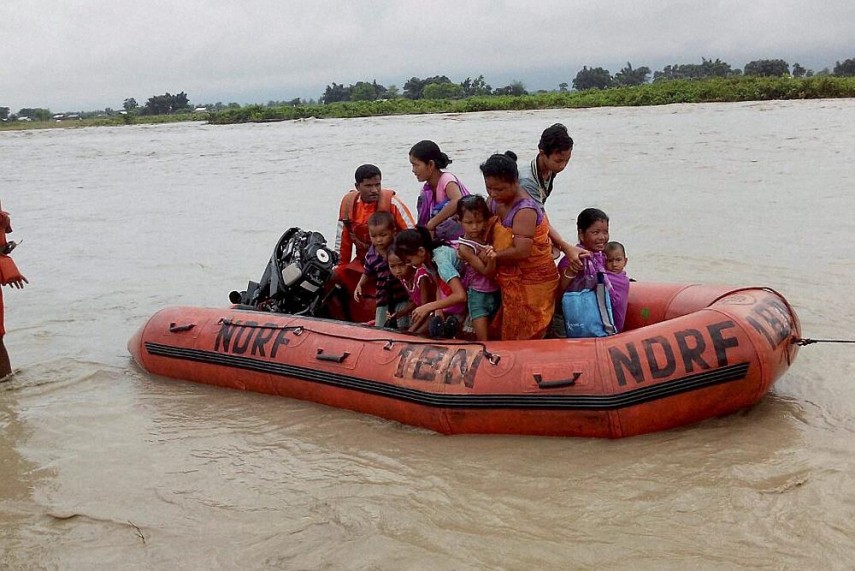 The current wave of flood has claimed 12 lives and affected nearly 16 lakh people across Assam, the state Assembly was informed today.

Making a statement on the flood situation, Chief Minister Sarbananda Sonowal declared an ex-gratia of Rs 4 lakh to the families of each of the deceased and said the amount will be paid this week.

"Flood is the most burning problem of the state. The current flood has affected almost all constituencies and has become a serious problem. It has claimed 12 lives so far and hit nearly 16 lakh people across 19 districts," he told the Assembly.

The government is closely monitoring the situation and has been holding regular discussions with officials of various departments, mainly those responsible for flood relief and rehabilitation, Sonowal said.

"We have specifically directed the DCs and SDOs to depute officials for flood-related works and do a detailed study of the situation. Health and Veterinary departments have been asked to go to the people and evaluate the situation," he added.

The government has asked the authorities concerned to provide all necessary support to the people living in the relief camps, the Chief Minister said while making his statement during the Budget Session of the Assembly.

"As soon as the flood problem hit the state, we released funds to all the DCs (Deputy Commissioners). Earlier, all DCs used to complain about lack of funds, but this time it will not happen," he added.

Sonowal also informed about his discussion with Union Home Minister Rajnath Singh, who had yesterday assured all possible help from the Centre in tacking the problem.

He also said BJP MPs met the Prime Minister yesterday and "he has assured them that the Centre is with Assam at this hour".