Ashwin Ends 2015 As Number One Test Bowler And All-Rounder 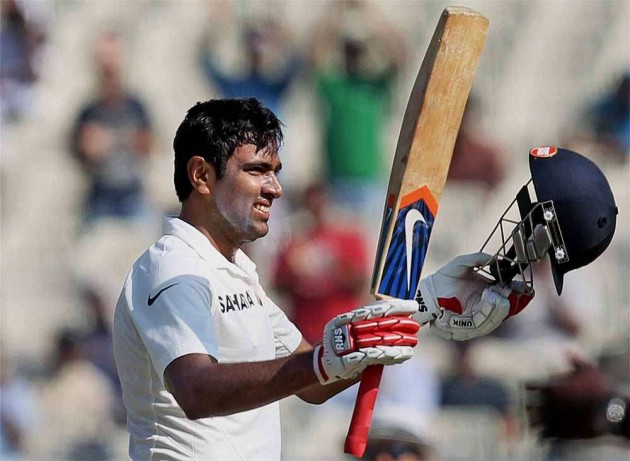 Star India off-spinner Ravichandran Ashwin has ended 2015 as the number one Test bowler in the ICC rankings issued today on the back of his strong showing against South Africa in the recent home series.

Ashwin, who took 62 wickets in nine Tests this year including 31 scalps in the four matches against South Africa, became the first India bowler since Bishen Bedi in 1973 to achieve the milestone of finishing the year on top.

In fact, Bedi, an ICC Hall of Famer, is the only India bowler to ever top the Test bowling table, while Bhagwath Chandrasekhar, Kapil Dev and Anil Kumble peaked at number-two during their careers.

Ashwin achieved the number-one spot for first time in his career after injury prevented South African Dale Steyn from bowling more than 3.5 overs in England's second innings in the Durban Test.

Steyn had started the Durban Test leading Ashwin by four points and now trails the India off-spinner by the same margin. Even though the fast bowler bagged four wickets in the first innings, these were not enough for him to end the year as the number-one ranked bowler for the sixth time since 2009.

Ashwin's successful season was reflected in his ranking after he started the year in 15th position and slowly but surely moved to the top of the chart.

In a double whammy, the 29-year-old Indian also ended the year as top-ranked Test all-rounder.

"Finishing the year as the number-one ranked Test bowler is like an icing on the cake that I have managed to build over the past last 12 months. I always wanted to get there one day. There can't be a better way to finish the 2015," Ashwin said, reacting to the news.

"Replicating what Mr Bedi did is something I am very proud of. The former India captain was a master at his craft and I am very humbled to follow in his footsteps.

"I would like to thank my Test captain Virat Kohli, who has been a big influence, and, of course, the team management, my team-mates and the BCCI for their continued support," said Ashwin.

Another Indian Ravindra Jadeja, who also had an impressive outing against the South Africans, ended the year at sixth. Ashwin and Jadeja are the only two Indians in the top 10 rankings of the Test bowlers.

Meanwhile, Ajinkya Rahane ended at 11th among Test batsmen and he is the only Indian in the top 20.

For the second time in three years, Ashwin has finished as the number-one ranked Test all-rounder. Bangladesh's Shakib Al Hasan had started 2015 as the top all-rounder.

However, after scoring 134 not out and 70 not out, the 26-year-old has leapfrogged Kane Williamson of New Zealand, England’s Joe Root and AB de Villiers of South Africa into the top spot.

Williamson, Root, de Villiers, Smith and David Warner had a chance to finish the year as the number-one ranked Test batsman after they were separated by 26 points in the lead up to the final Tests of the year.

While Williamson was busy in the ODI series against Sri Lanka, Root scored 24 and 73, de Villiers made 49 and 37 and Warner chipped in with 23 and 17.

Smith also finished 2015 as the leading run-scorer with 1,474 runs. This performance is clearly reflected in his ranking; he started the year in fifth position, achieved the number-one position for the first time after the Kingston Test against the West Indies in June, before finishing the year on top of the tree after hovering inside the top five in the last quarter of the year.

There was good news for Adam Voges, Dean Elgar, Usman Khawaja, Jonny Bairstow and James Taylor who have ended the year in their career-best rankings.