Aseem Trivedi in Bigg Boss to Gather Support Against Graft 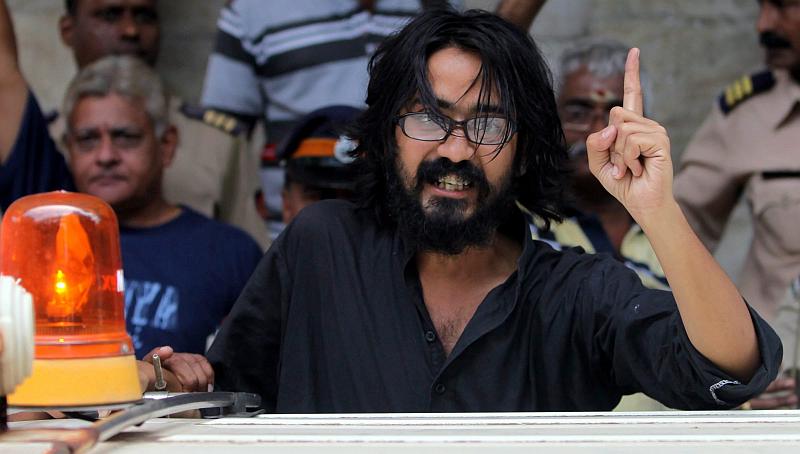 Print
A
A
A
increase text size
Outlook October 08, 2012 12:50 IST Aseem Trivedi in Bigg Boss to Gather Support Against Graft

outlookindia.com
-0001-11-30T00:00:00+0553
Cartoonist Aseem Trivedi, who will be seen in reality show Bigg Boss, says he will continue his fight against corruption and aims to gather more support through the show.

The 25-year-old cartoonist was arrested in September this year for allegedly depicting the national symbols in poor light in his cartoons. He was later granted bail.

"I want to reach out to people...I want to spread the message of fighting against corruption through the show. There will be celebrities on the show and I am hopeful that I would be able to convince them to be a part of this anti-corruption movement," Trivedi told PTI, before entering the Bigg Boss house.

"I have been spreading the message through my cartoons. I want more and more people to become part of this anti-corruption movement," the cartoonist, who has been associated with Anna Hazare's movement against corruption, said.

The Maharashtra government is likely to drop the sedition charge against Trivedi.

"I have also heard that the state government is going to drop sedition charges against me. They have been saying this for quite some time. I am happy it is happening. I hope this does not happen with any other cartoonist," he said.

Aseem was reportedly approached by the Colors channel for Bigg Boss immediately after he came out of jail.

"I have been told that this time there will be no controversy, fights and that the show will be different. Ultimately it is about behaving well with others. If you behave well then others would behave in the same manner.

"I will be myself on the show. There is no strategy or plan as such. I want to be in the company of good people. If I am good to others they will be good to me as well," he said.