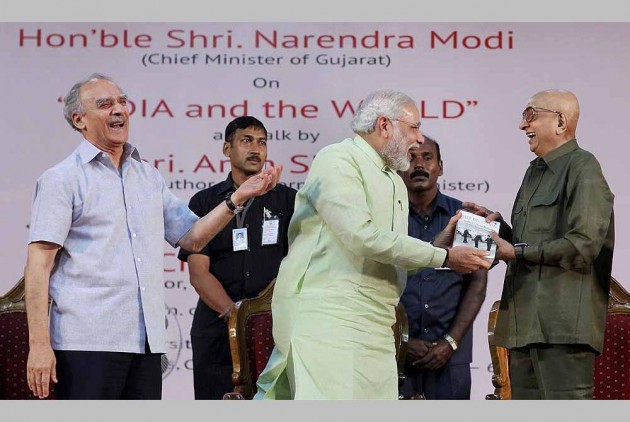 Former Union Minister Arun Shourie today termed as "absolutely false" the remarks attributed to him criticising demonetisation and said he would serve a legal notice to Twitter.

"Statements attributed to me opposing this demonetisation move and criticising the Prime Minister for this have appeared. This is absolutely false. I have said nothing of this kind. It is an absolutely false attribution.

"In spite of repeated denials such statements continue to appear in my name and I have publicly stated that I have no Twitter account and Facebook page. I am in the process of sending a legal notice to Twitter people because of such false statements that are being put out on their platform," he told PTI.

His remarks came in the backdrop of some media reports quoting him as criticising the demonetisation decision by the Modi government.

These fake accounts cause so much of embarrassment, he said, adding, some accounts were suspended but "this thing goes on".

Asked for his views on demonetisation, Shourie, a former BJP member who has flayed Modi government's policies in the past, declined to comment, saying he is busy working on something far removed from all this and "staying out of the current thing".