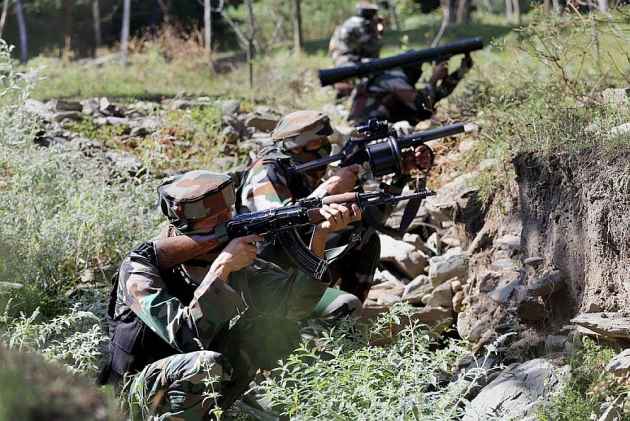 An Indian Army jawan was killed today in firing and mortar shelling by the Pakistani troops in Rajouri sector of Line of Control (LoC) in Jammu and Kashmir, the defence spokesman said here.

Lance Naik Mohammed Naseer, 35-year-old from border district of Poonch in J&K, was hit during the firing and shelling by the Pakistani troops on the Indian forward posts, the spokesman said.

There was Pakistani firing and shelling along the LoC in Balakote, Panjgrian, Naika and Manjakote areas.

"In the fire exchange, Lance Naik Mohammed Naseer was grievously injured and succumbed to his injuries," he said.

Naseer, who belonged to Ajout village of Poonch district, leaves behind wife Wasim Akhtar, he said.

Paying tributes to Naseer, the spokesman said he was a brave and sincere soldier who loved his job to the core.

"The nation will always remain indebted to him for the supreme sacrifice and devotion to duty," the spokesman added.

On July 12, two Jawans were killed in sniper fire by the Pakistani Army in Keran sector of north Kashmir.

Earlier on July 8, two civilians were killed and some others injured when Pakistani Army violated ceasefire violation and resorted to mortar shelling and firing of small and automatic weapons targeting forward posts and hamlets along the LoC in the Poonch district.

The deceased were Sepoy Mohmmad Shaukat of Territorial Army, who was visiting home on leave, and his wife Safia Bi.