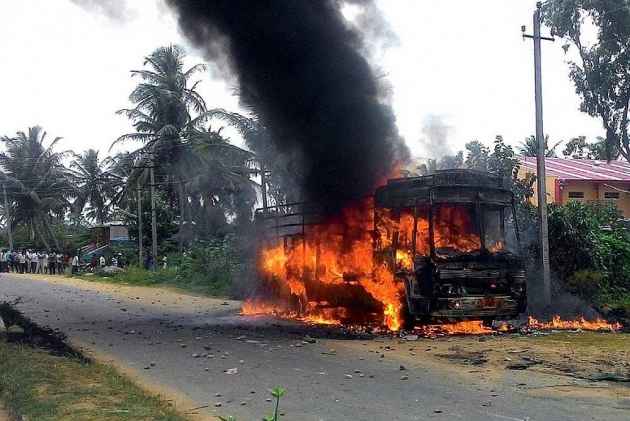 When the private bus was on its way to Orchha from Narayanpur, a group of Naxals, some of them armed, stopped the vehicle last night near Jhorigaon village, located about 300 kms from the state capital, Superintendent of Police, Santosh Singh told PTI.

The rebels asked the passengers to de-board and then set the bus ablaze, he said.

The exact number of passengers is not known but all of them are reported safe, the SP said.

Security personnel rushed to the spot soon after receiving an alert. A combing operation has been launched in the region to nab the attackers, he said.

According to Singh, the Naxals are frustrated with the road construction work in the region, and therefore are committing such acts.

"The ultras have been opposing road construction from Narayanpur to Orchha in Abujhmaad - considered as a Maoist den," Singh said.

"Despite their disruption, construction has been completed in around 45-km patch of the total 66 kms, under security cover of the Indo Tibetan Border Police (ITBP) and district force," he said.

The construction of the remaining portion is underway, the SP said.