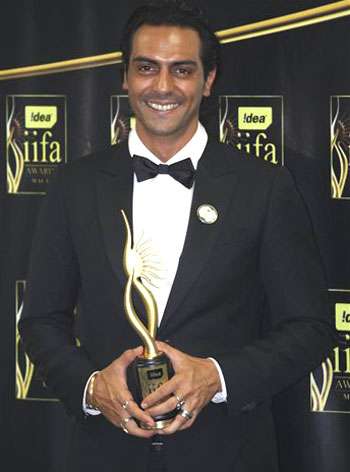 The letter asking the actor to appear for questioning was delivered at his residence last week but he is yet to respond, police sources said today.

"We recently learnt about the meeting and are inquiring into the matter. We sent a letter to the actor last week directing him to appear before us at the earliest so that we can question him to ascertain the reason for the meeting. The letter was hand-delivered at the actor's Bandra residence and his wife received it," Senior Inspector at J J Marg police station Anil Madvi said.

The 42-year-old actor, who is playing the role of Gawli in an under-production film 'Daddy', reportedly met the gangster convicted in a murder case at J J Hospital on December 28 last year.

"We would wait for some more days and, in case there is reply from him, we will send him a reminder," said another officer, adding nobody is allowed to meet a convicted prisoner without permission from the concerned authorities.

Sources said the actor had met Gawli for a closer understanding of his personality and mannerisms for essaying the role tailored after the former underworld don, who had been brought to the hospital for a routine medical check up.

Gawli is currently serving life term for the 2007 murder of a corporator Kamlakar Jamsandekar.