Finally, the third category device is official: "so much more intimate than a laptop and so much more capable than a smartphone" 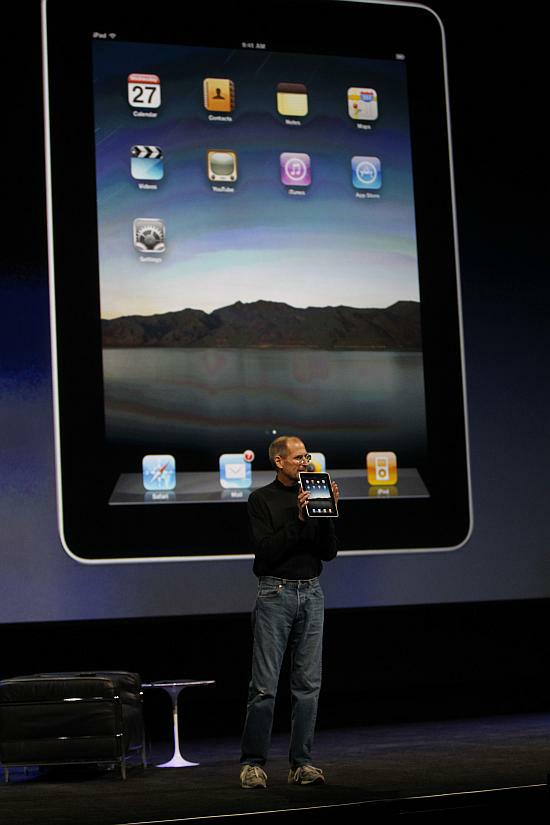 Apple founder and CEO Steve Jobs has revealed the much anticipated Apple Tablet: the Apple iPad.

As he held up the device to the thunderous applause of the audience, the rumours surrounding the product for months were finally put to rest. "We want to kick off 2010 by introducing a magical and revolutionary product today,” he said. Some models of the product, starting at USD 499, will be available in 60 days, he added.

Job went through computing history, talking about when his company first shipped Powerbooks (1991) and then reinvented the smartphone market with the iPhone before he came to what he called creating a “third category of device” — one between the phone and the laptop -- “so much more intimate than a laptop and so much more capable than a smartphone with this gorgeous, large display.”

It is designed, Job said, for watching video, streaming music, reading e-books, browsing photographs and playing games.  The biggest confirmation of the tablet's "killer application" came when Steve Job gave credit to Amazon's Kindle. He said Apple would stand on their shoulders and build the iBook for the iPhone upon it. He announced that five of the biggest publishers in the world are part of this. Harper Collins, Penguin, and more.

The iPad will run “virtually every one” of the current catalog applications for the iPhone, numbering around 100,000 “virtually unmodified,” Scott Forstall, a senior vice president, said.