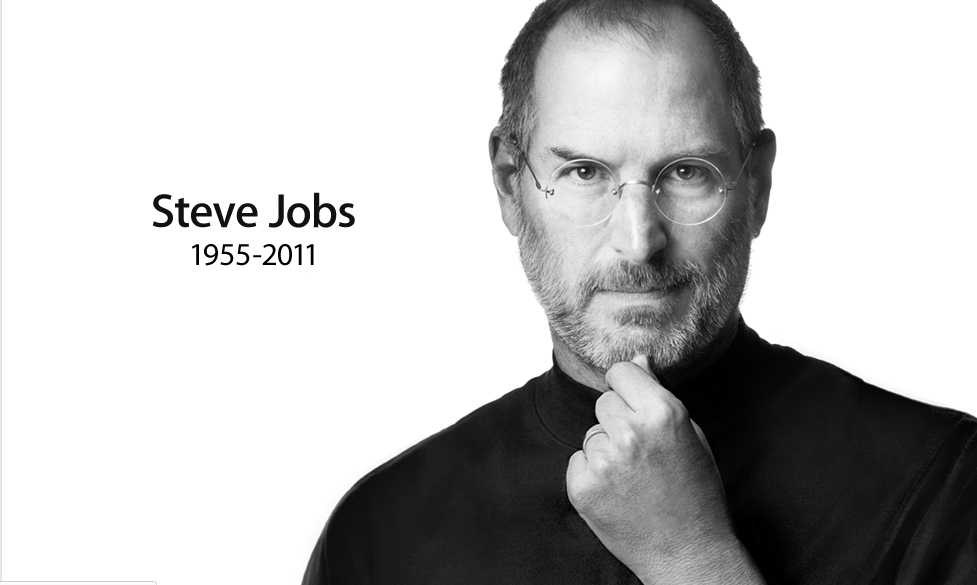 outlookindia.com
-0001-11-30T00:00:00+0553
Apple co-founder Steve Jobs, who single-handedly changed the way the world listened to music, communicated on the phone and used the computer, has died, leaving behind a vacuum that will be hard to fill.

Jobs, 56, was a pancreatic survivor and had been battling poor health for several years. He was surrounded by his wife and immediate family when he died in Palo Alto, California.

He died one day after Apple unveiled its latest iPhone, the gadget that transformed mobile communications.

Apple announced his death without giving a specific cause and board of directors issued the following statement:

"We are deeply saddened to announce that Steve Jobs passed away today.

Steve's brilliance, passion and energy were the source of countless innovations that enrich and improve all of our lives. The world is immeasurably better because of Steve.

His greatest love was for his wife, Laurene, and his family. Our hearts go out to them and to all who were touched by his extraordinary gifts."

In a separate statement, his family said:

In his public life, Steve was known as a visionary; in his private life, he cherished his family. We are thankful to the many people who have shared their wishes and prayers during the last year of Steve's illness; a website will be provided for those who wish to offer tributes and memories.

We are grateful for the support and kindness of those who share our feelings for Steve. We know many of you will mourn with us, and we ask that you respect our privacy during our time of grief."

"Apple has lost a visionary and creative genius, and the world has lost an amazing human being. Those of use who have been fortunate enough to know and work with Steve have lost a dear friend and an inspiring mentor. Steve leaves behind a company that only he could have built, and his spirit will forever be the foundation of Apple.

If you would like to share your thoughts, memories and condolences, please e-mail rememberingsteve@apple.com"
The iconic technocrat was diagnosed with a rare form of pancreatic cancer in 2004 and underwent a liver transplant two years in 2009.

He had been on medical leave since January this year but had appeared briefly on a few occasions. In March, he unveiled the second version of the iPad and later attended a dinner hosted by President Barack Obama for technology honchos in Silicon Valley. In June, he was on stage in San Francisco to talk about iCloud, Apple's latest foray into cloud-based computing.

Jobs' health had been visibly deteriorating over the years, with the Apple chief looking more gaunt and frail with each successive appearances he made to launch various path breaking Apple products.

In a stunning move in August that had taken the technology world by surprise, Jobs had resigned as CEO of the technology giant and named Tim Cook as his successor.

In his letter to the Apple Board of Directors and the Apple community, Jobs had said, "I have always said if there ever came a day when I could no longer meet my duties and expectations as Apple's CEO, I would be the first to let you know. Unfortunately, that day has come."

Jobs continued as Chairman of the Board.

In August, Apple had briefly surpassed energy major Exxon Mobil to become the country's most valuable company with a market capitalisation of about USD 346 billion.

Jobs' prolonged medical leave of absence had raised concerns of how the technology major, which he had co-founded in a garage, would succeed without him.

"I believe Apple's brightest and most innovative days are ahead of it. And I look forward to watching and contributing to its success in a new role. I have made some of the best friends of my life at Apple, and I thank you all for the many years of being able to work alongside you," Jobs had said in his resignation.

Jobs co-founded Apple in 1976 with high school friend Steve Wozniak in a Silicon Valley garage and developed the Apple II and Macintosh computers. He left Apple in 1985 after a power struggle with the company's board of directors.

The following year he founded NeXt Computer, a computer platform development company specialising in the higher education and business markets. In 1986, he bought the computer graphics division of Lucasfilm and re-established it as the independent animation studio Pixar.

Apple subsequently bought NeXT in 1996, bringing Jobs back to the company he had co-founded. Jobs has served as its CEO since 1997.

A selection of some of the tributes as the news of his death broke:

Statement from US President Barack Obama:

Michelle and I are saddened to learn of the passing of Steve Jobs. Steve was among the greatest of American innovators - brave enough to think differently, bold enough to believe he could change the world, and talented enough to do it.

By building one of the planet’s most successful companies from his garage, he exemplified the spirit of American ingenuity.  By making computers personal and putting the internet in our pockets, he made the information revolution not only accessible, but intuitive and fun.  And by turning his talents to storytelling, he has brought joy to millions of children and grownups alike. Steve was fond of saying that he lived every day like it was his last.  Because he did, he transformed our lives, redefined entire industries, and achieved one of the rarest feats in human history: he changed the way each of us sees the world.

The world has lost a visionary. And there may be no greater tribute to Steve’s success than the fact that much of the world learned of his passing on a device he invented. Michelle and I send our thoughts and prayers to Steve’s wife Laurene, his family, and all those who loved him.

Google has put rivalries aside to pay tribute to Steve Jobs on its homepage. Under the company’s trademark search box, a message simply reads: “Steve Jobs, 1955-2011,” and links to Apple’s homepage.

"From the earliest days of Google, whenever Larry and I sought inspiration for vision and leadership, we needed to look no farther than Cupertino. Steve, your passion for excellence is felt by anyone who has ever touched an Apple product (including the macbook I am writing this on right now). And I have witnessed it in person the few times we have met.  On behalf of all of us at Google and more broadly in technology, you will be missed very much. My condolences to family, friends, and colleagues at Apple."

"I am very, very sad to hear the news about Steve. He was a great man with incredible achievements and amazing brilliance. He always seemed to be able to say in very few words what you actually should have been thinking before you thought it. His focus on the user experience above all else has always been an inspiration to me. He was very kind to reach out to me as I became CEO of Google and spend time offering his advice and knowledge even though he was not at all well. My thoughts and Google's are with his family and the whole Apple family."

"I'm truly saddened to learn of Steve Jobs' death. Melinda and I extend our sincere condolences to his family and friends, and to everyone Steve has touched through his work.

Steve and I first met nearly 30 years ago, and have been colleagues, competitors and friends over the course of more than half our lives.

The world rarely sees someone who has had the profound impact Steve has had, the effects of which will be felt for many generations to come.

For those of us lucky enough to get to work with him, it's been an insanely great honor. I will miss Steve immensely."
Twitter CEO Dick Costolo:

"Once in a rare while, somebody comes along who doesn't just raise the bar, they create an entirely new standard of measurement."
Facebook founder Mark Zuckerberg:

"Steve, thank you for being a mentor and a friend. Thanks for showing that what you build can change the world. I will miss you."
Yahoo co-founder Jerry Yang:

"Steve was my hero growing up. He not only gave me a lot of personal advice and encouragement, he showed all of us how innovation can change lives. I will miss him dearly, as will the world."
Rupert Murdoch, chairman and CEO News Corp:

"Steve Jobs was simply the greatest CEO of his generation. While I am deeply saddened by his passing, I'm reminded of the stunning impact he had in revolutionizing the way people consume media and entertainment."

"Steve was a teacher to anyone paying attention, and today is a very sad day for everyone who cares about innovation and high standards."
Randall Stephenson, AT&T Chairman and CEO:

"Jobs was an iconic inventor, visionary, and entrepreneur, and we had the privilege to know him as partner and friend. All of us at AT&T offer our thoughts and prayers to Steve’s wife, family, and his Apple family."
Continue FREE with Ads Pay Rs. 1 to Read Without Ads
READ MORE IN:
Steve Jobs International
Next Story : HC Seeks Letters Between Modi, Guv on Lokayukta
Download the Outlook ​Magazines App. Six magazines, wherever you go! Play Store and App Store