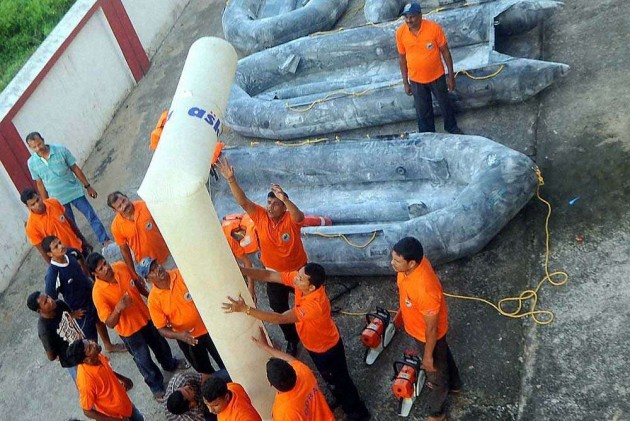 Disaster response teams have started arriving in Andhra Pradesh, while Army and Air Force also have offered help as the State gets ready to meet the threat of cyclone 'Hudhud' in coastal districts where an alert has been sounded.

Two of them have already arrived. Army and Air Force, too, have come forward to help the State, he said.

As reports came in that the cyclone would cross north Andhra Pradesh coast around Visakhapatnam by the forenoon of October 12, Naidu directed officials in coastal districts to be on standby for launching rescue and relief operations.

In a video-conference with officials, he reviewed the State's preparedness in disaster management, and asked Collectors of coastal districts to take steps to prevent loss of life and ensure damage to property, if any, is minimal.

He asked Collectors and officials concerned to set up relief camps and evacuate people from areas facing cyclone threat, and also stock up essential commodities.

Meanwhile, mobile service providers BSNL and Airtel are regularly sending updates to people about cyclone threat. Besides officials have been told to give alerts about 'Hudhud' through All India Radio.

Chief Secretary I Y R Krishna Rao said leaves of State Government employees were being cancelled as they are expected to take part in relief measures.

Senior IAS officer Arvind Kumar has been sent to Visakhapatnam to coordinate with NDRF's operations and monitor rescue and relief efforts.

Another senior bureaucrat A R Sukumar has been asked to supervise the operations from Hyderabad.

Meanwhile, the Chief Minister put off his scheduled visit to Srikakulam district tomorrow. He was supposed to take part in a welfare programme.

In north coastal districts of Visakhapatnam and Srikakulam, where the impact of the cyclone could be more, Ministers K Atchhan Naidu and Ganta Srinivasa Rao are reviewing the situation.

Meanwhile, Deputy Chief Minister N Chinarajappa held a review meeting on the preparedness of East Godavari district administration to deal with the situation.

"The district officials from irrigation, police and revenue departments have been asked to be on high alert in view of the cyclone threat," he said after the meeting.

Sixteen coastal mandals and island villages like Vasalathippa and Balusuthippa were more prone to cyclonic storm and necessary arrangements have been made in these areas to prevent loss of life or property, Chinarajappa added.

Quoting the Met department, he said the wind velocity may reach up to 120 km and tides may rise up to 16 feet in the coastal areas, and suggested timely evacuation of people residing in low-lying areas.

Collector Neetu Prasad said two NDRF teams were arriving to district which would be deployed at Tuni and Amalapuram towns. 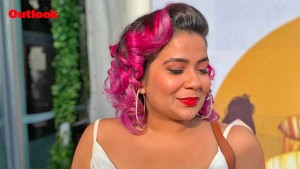