Anushka Sharma Denies Plans to Tie the Knot With Kohli 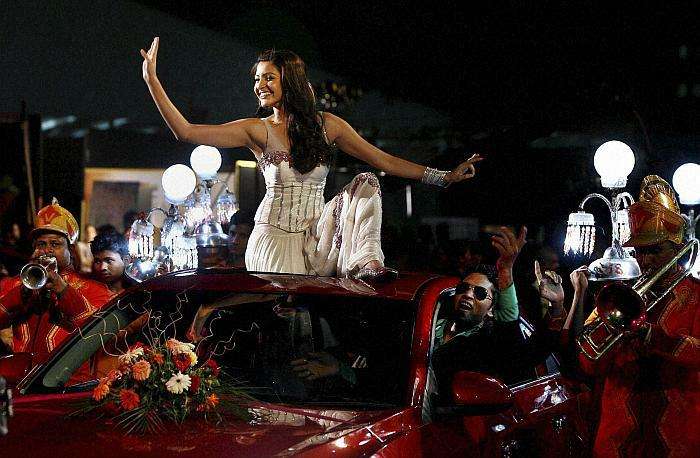 Print
A
A
A
increase text size
Outlook August 23, 2014 23:08 IST Anushka Sharma Denies Plans to Tie the Knot With Kohli

Bollywood actress Anushka Sharma's representative has rubbished reports that she is planning to tie the knot with Indian cricketer Virat Kohli.

There were reports that BCCI had allowed the 26-year-old actress to stay in the same hotel as Kohli, the vice-captain of Indian Cricket Team, during the tour of England as they were going to tie the knot soon.

But, now the Band Baaja Baaraat actress's representative has released a statement saying there is no truth to the story.

"There are several stories online about Anushka Sharma's impending wedding. However I would like to set the record straight that there is absolutely no truth to these rumours and I would like to request you to refrain from conjecturing about the same," her representative said.

Kohli and Anushka have been grabbing headlines ever since they were first spotted together during the tour of New Zealand.