Anupam Kher Comes Out in Support of 'Self-made' Sonu Nigam 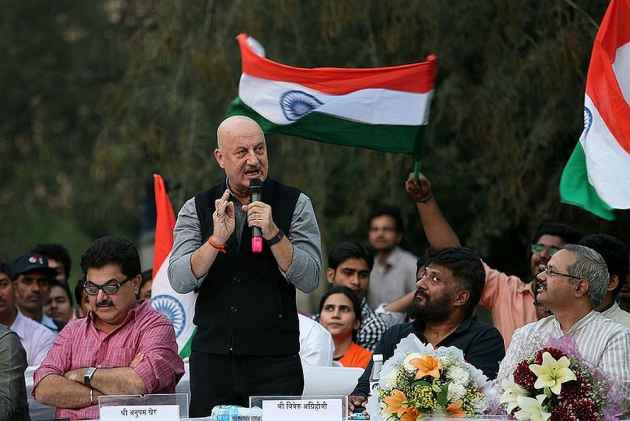 After Sonu Nigam bid adieu to Twitter in support of his fellow singer Abhijeet Bhattacharya, veteran actor Anupam Kher urged the singer not to get affected by the negativity of some people.

The 62-year-old actor took to his Twitter page in support of the 'Chanda Ki Doli' hit-maker and wrote, "Dear Sonu Nigam! You are a self-made man. Courageous, original, inspirational, successful and a fighter. Don't let negativity of few win."

Nigam on Wednesday quit the micro-blogging site, urging all the "logical and sensible patriots" to do the same.

Abhijeet, whose account was suspended for his offensive tweets, got some support from, Sonu, who, before deleting the account, wrote, "Really? They suspended his account? Why? 90% of Twitter accounts then should be suspended too for worse fanaticism, Foul language & Threats!"

In a string of 24 posts, Nigam elaborated on as to why he was quitting Twitter and other issues.

In April this year, Sonu sparked another controversy where he tweeted how the sounding of morning azaan on loudspeakers at a mosque near his residence would not let him get proper sleep. His statements angered many and a Muslim cleric even offered Rs 10 lakh to anyone who would shave the singer's head. (ANI)