Another Telugu Actor Star-Struck by Modi 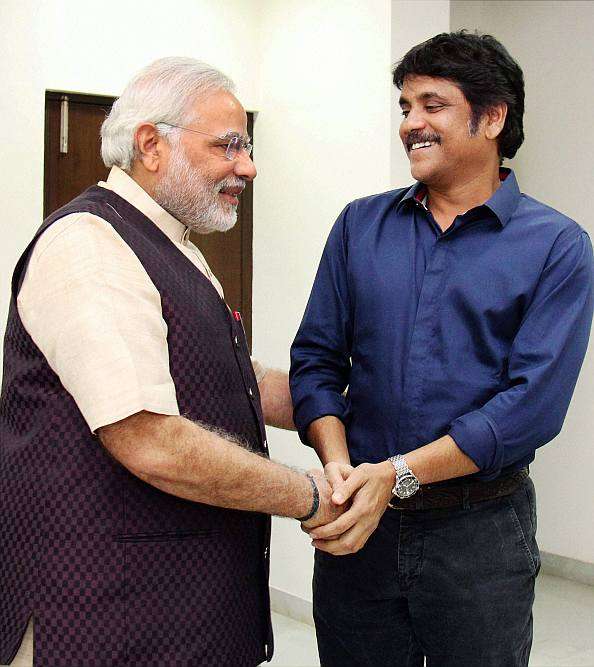 Print
A
A
A
increase text size
Outlook March 24, 2014 00:07 IST Another Telugu Actor Star-Struck by Modi

Nagarjuna, who met Modi in Gandhinagar, became the second Telugu star in a week to bat for the BJP's prime ministerial candidate.

"I would like Modi to become the Prime Minister and expand the Gujarat model of development across the country," Nagarjuna said after an hour-long meeting with the Gujarat Chief Minister.

The actor, who has also featured in several Hindi movies, however, ruled out campaigning for BJP or entering politics.

"I will not campaign for any party," Nagarjuna said.

He rejected suggestions he had come to seek election ticket for him or his wife, saying he will not enter politics.

"All stories in the media about our seeking election tickets is baseless. I have not sought and will not seek tickets for me or my wife," he told reporters.

"Had a wonderful meeting with noted actor Nagarjuna. He has a keen interest in rural development and related issues," Modi later tweeted.

Nagarjuna is the second top Telugu movie star after Pawan Kalyan to push for Modi's bid to occupy the top post.

In mid-March, Kalyan floated his own political outfit Jana Sena and showed willingness to tie-up with BJP in AP.

During the day, Nagarjuna visited Pusri village in Sabarkantha district where he was apprised about rural development programmes launched under Modi.

"I was amazed to see Internet and also wi-fi even in a village. There is uninterrupted power supply across Gujarat, whereas the place where I live in Jubilee Hills, Hyderabad, has a three-hour power cut."

"I was also amazed to see a river front in Gujarat, which I have seen only in China and some other countries. It will be nice if Narendra Modi becomes the Prime Minister and replicates this development to other parts of the country as well," Nagarjuna said.