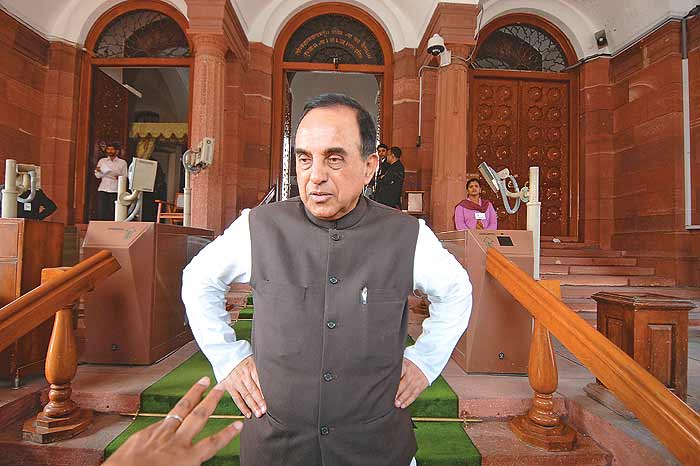 Delhi College of Arts and Commerce has cancelled a programme of BJP Rajya Sabha MP Subramanian Swamy scheduled for tomorrow, days after it had postponed an event featuring Swaraj India leader Yogendra Yadav.

Members of the organising committee claimed that the programme has been cancelled as the "authorities did not find the atmosphere to be appropriate for conducting such an event".

The college principal, however, maintained that he was "not kept in the loop about the invitation to Swamy" and no permission was sought for the event.

Swamy was slated to participate in an interactive session on 'Journalism on Trial?', being organised by the college's journalism department as part of its annual fest 'Scoop'.

The posters of the event had been put up across the campus and on social media since last week.

"We were told that we can't hold the event as the atmosphere is not appropriate for such an event on the campus. When we protested, we were told that we won't be allowed to use the auditorium," a member of the organising committee said on the condition of anonymity.

College principal Rajiv Chopra defended the decision saying, "I was not kept in the loop about the invitation to Swamy."

"The college authorities did not extend any invite to Swamy. The invitation was given by students and no permission was taken from me to hold such an event," he said, adding, "We have received communications from Delhi University to maintain peace and harmony in the college."

The cancellation comes against the backdrop of the recent violence in Ramjas College where the RSS-backed ABVP and the CPI(ML)-affiliated AISA clashed over the withdrawal of a seminar invite to JNU students Umar Khalid and Shehla Rashid.

The students also alleged that the release of a news journal 'Critique', which was to be unveiled by Swamy at tomorrow's event, has also been scrapped.

"We have been told that we can't publish the journal as it has articles on the Ramjas incident and the content need to be vetted by the principal. We are now planning to publish the journal with an alternative name 'Yatharth'," the editor of the student newspaper said.

The college had last week postponed an event where Swaraj India leader Yogendra Yadav was scheduled to address.