Another Bank Robbery in Kashmir, Militants Decamp With Around Rs 4 Lakh 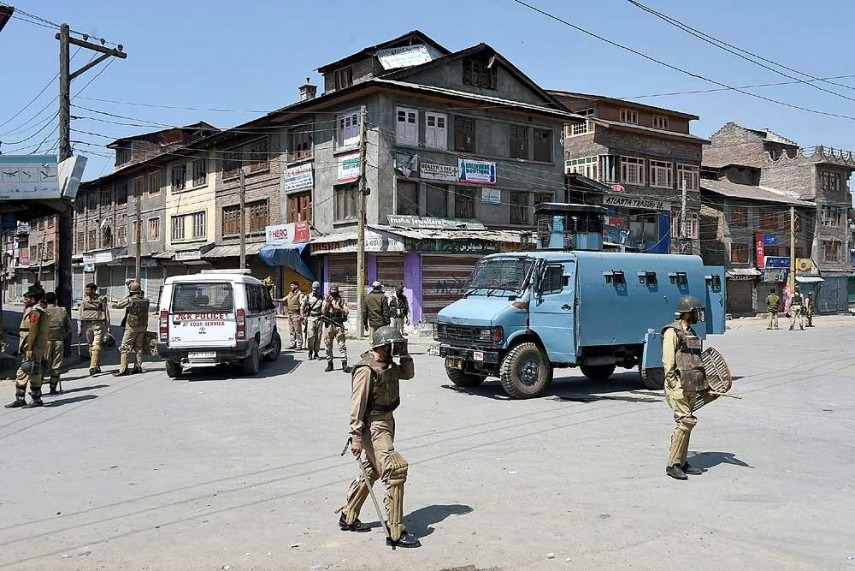 Print
A
A
A
increase text size
Outlook May 03, 2017 15:56 IST Another Bank Robbery in Kashmir, Militants Decamp With Around Rs 4 Lakh

Militants today stormed a bank at Pulwama district in south Kashmir and decamped with around Rupees three to four lakh in cash, the third such attack in as many days.

The four armed militants entered the Wahibugh branch of the Elaquai Dehati Bank at around 1.50 PM and fled after looting the money at gunpoint, a police official said.

He said the bank employees informed the police and a case has been registered.

A police party rushed to the scene and a hunt was launched to arrest the culprits and recover the stolen money, the official said.

Yesterday, unidentified gunmen barged into the Yaripora branch of the same bank and took away Rs 65,000.

On May 1, militants attacked a cash van of Jammu and Kashmir bank and shot dead five policemen and two bank security guards in Damhal Hanji Pora area of Kulgam district in south Kashmir.

The policemen and security guards were returning to the district headquarters after delivering cash at a bank branch.

The ultras had also looted four service rifles from the deceased cops.