Anna's New Team: V.K. Singh Could be a Special Invitee 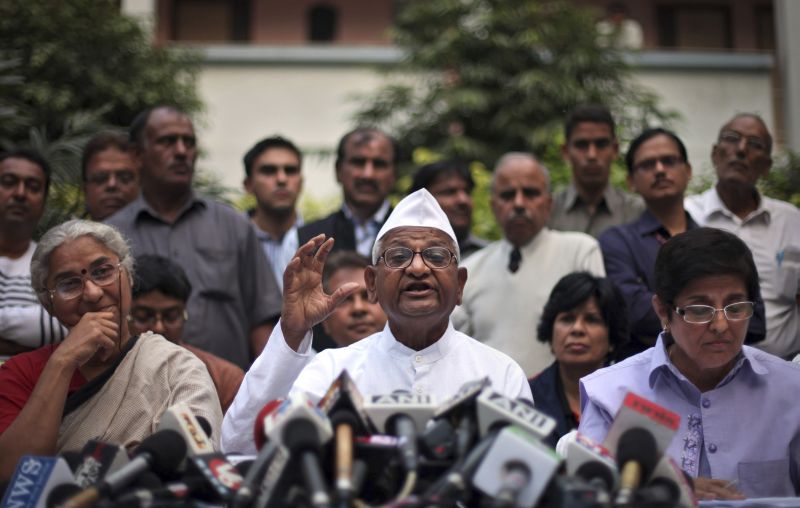 outlookindia.com
-0001-11-30T00:00:00+0553
Almost two months after his split with Arvind Kejriwal-led group, Anna Hazare today unveiled his new team to take his "apolitical" anti-corruption battle forward with a promise to expand the panel within a month in which former Army chief V K Singh could be a special invitee.

The first list does not have names like that of the former Army chief or activists P V Rajagopal and 'Waterman' Rajinder Singh and agriculture expert Devender Sharma.

Rajagopal and Singh had earlier snapped ties with Team Anna while Sharma had opposed Kejriwal-led group's plans to turn the movement political.

Sources said V K Singh could be inducted as a special invitee in the Coordination Committee.

A press statement issued by the group said Hazare reconstituted the Coordination Committee to re-energise India Against Corruption (IAC) movement, signalling a possible confrontation with Kejriwal-led group which is still using the name. Hazare had a split with Kejriwal-led group over the question of anti-graft movement taking a political course.

"I had sent an invite for Gen V K Singh (for today's meeting). He will be meeting me later," Hazare told reporters here after a day-long meeting of the committee. Hegde and Dharmadhikari could not attend the meeting due to their preoccupations.