Anna Ready to Endorse Modi If He Leaves BJP: US Media 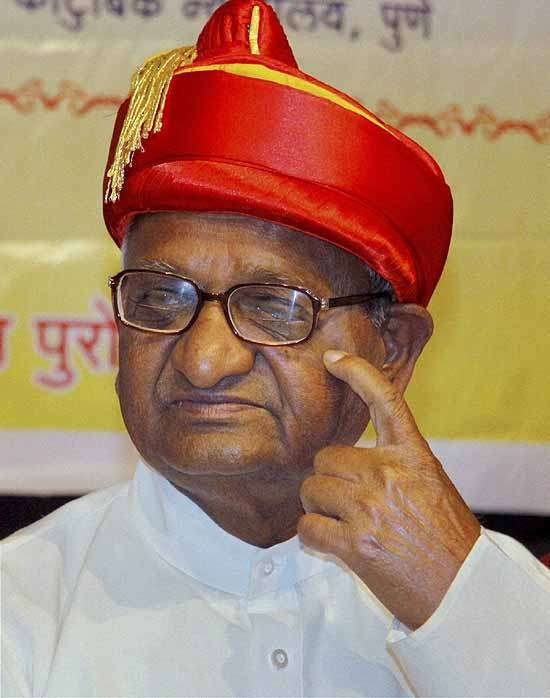 India's anti-corruption crusader Anna Hazare has said that he would be "happy to endorse" Gujarat Chief Minister Narendra Modi if he left the BJP, an American media outlet has reported.

Hazare, who left for India from New York on Thursday after a nearly two-week US trip, made the remarks during an interaction with the Indian-American community, academicians and think-tanks at an event organised by the Hindu Temple in Delaware on August 20, the Huffington Post reported.

"Anna Hazare did not endorse Narendra Modi. He said he did not believe in political parties and since Modi was a member of BJP, a political party, he could not endorse him. When pressed to endorse Modi as an individual, he responded by saying that if Modi left the BJP, he would be happy to endorse him," Muqtedar Khan, Associate Professor at the University of Delaware and a Fellow at the Institute for Social Policy and Understanding, wrote in the Huffington Post.

Anna was not available for comments when approached by the PTI over phone through his US person of contact.

Khan, who moderated the question and answer session at the Delaware event, wrote that for an ethical activist, it was a very political answer.

"Anna was trying to get out of endorsing Modi without offending Modi's supporters. But I suspect he offended the Hindu secularists by not condemning Modi and disappointed Hindu nationalists by not clearly endorsing him," said Khan.

According to Khan, Anna's activism and his stature have put corruption on the national agenda.

"I am not sure if his solutions will work, but the awareness and urgency that he is generating could inspire others to come up with more realistic solutions," he wrote.

The reported remarks made by Anna is quite distinct from the other statements of Anna on Modi.

At an event held in the suburb of Washington on August 22, Anna had said neither Narendra Modi nor Rahul Gandhi is fit to become the Prime Minister of India.