She hit out at "anti-national" elements who had allegedly burnt the national flag and targeted Prime Minister Narendra Modi in a disparaging fashion during the Jallikattu stir at the Marina beach. 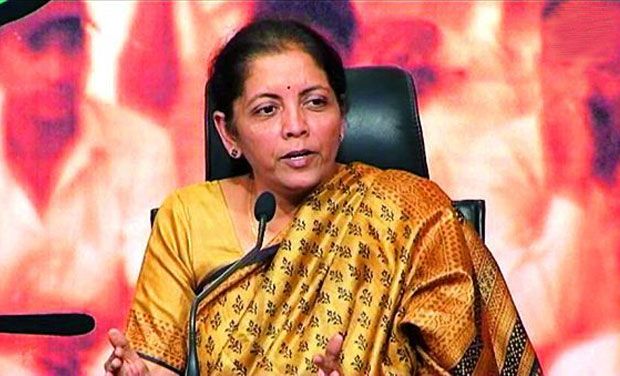 Union Commerce Minister Nirmala Sitharaman on Saturday said the statutory advisory body Animal Welfare Board of India (AWBI) will not challenge the law passed by Tamil Nadu to allow the bull taming sport of Jallikattu.

"There is no animal welfare board case at all in the Supreme Court," she told reporters while reacting to questions of AWBI reportedly going against the law in the apex court.

Hitting out at "anti-national" elements who had allegedly burnt the national flag and targeted Prime Minister Narendra Modi in a disparaging fashion during the Jallikattu stir at Marina beach here, she said such groups should be identified and action taken against them.

Questioning how peaceful protests at Marina beach had turned violent and who was behind it, Nirmala, a native of Tamil Nadu, said, "There is absolutely no doubt that anti-national forces had infiltrated."

Questioning if "those who burn the national flag and disrespect it were not anti-nationals," she reiterated that such elements who had allegedly indulged in such acts should be identified.

Prime Minister Narendra Modi and Tamil Nadu Chief Minister O Panneerselvam were allegedly targeted by a section of protesters in a derogative fashion during the stir.

Answering a question on alleged police excess and some uniformed personnel involving in arson, Nirmala said, "A fair probe should be held..People should not be targeted (by police)."

She said both her party and the Central government had always stood behind the cause of Jallikattu.

She said the Centre did not bring an ordinance on allowing the traditional sport as the one promulgated in 2016 was stayed by the apex court.

"Had we issued one more ordinance to allow Jallikattu, it would have been tantamount to disrespecting the court, that was why the Centre did not issue an ordinance again and we supported the state government in its initiative," she said.

Answering a question on Congress targeting BJP on the issue, the BJP leader said, "Congress should be apologising to the people of Tamil Nadu. They were the ones who brought the 2011 notification that bulls cannot be performing animals. The party read the sentiment of the people wrong, they remained disconnected from the Tamil Nadu people."

On a question related to the Centre allegedly taking a stance against Tamil Nadu on the setting up of Cauvery Management Board, Nirmala defended the Centre, saying the government had only told the top court that it should be done through parliamentary process and not based on a court directive.

On the drought situation in Tamil Nadu, she said a Central team was assessing the damage.

She added that Prime Minister Narendra Modi was following the line of "Team India," and no state will be ignored.