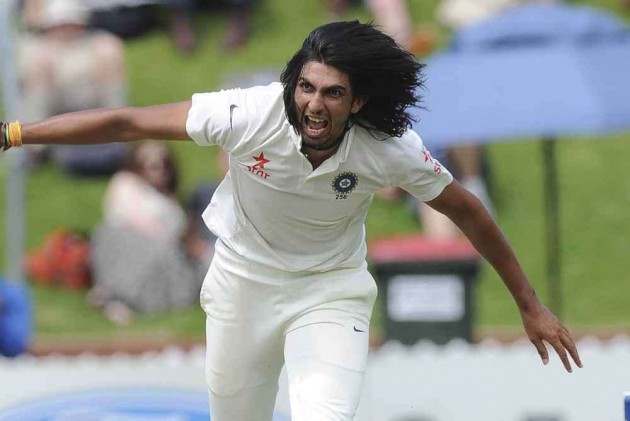 Barely two weeks after mutually sharing the grief of Phillip Hughes' death, Indian team's relations with Cricket Australia is turning sour as pacer Ishant Sharma left the Gabba at lunch on the third day, after finding that there was no vegetarian preparation in the menu.

Apparently they have been unhappy with the food provided to the visitors ever since they landed here.

The team was very unhappy about the food provided at Glenelg Oval for the two practice matches and the same was notified to the concerned authorities. However they did not make their grievance public as it was the time that the nation was in mourning after Hughes' tragedy.

The team was happy with the arrangements made for the first Test in Adelaide where South Australia Cricket Association arranged for an Indian chef to prepare food for the Indian team during the match.

But things have taken a turn for the worse here in Brisbane. On day three, proper vegetarian fare was not provided at lunch, as was noticed in the media room as well.

Two Indian players Ishant Sharma and Suresh Raina complained about the same. They then proceeded outside the stadium premises to procure proper vegetarian food for themselves, accompanied by ICC's ACSU personnel and team director Ravi Shastri.

However on their return, they were told that food or beverages can't be brought inside the stadium.

The two players consumed their food sitting outside and then returned to the dressing room. It should be noted that Raina isn't playing in this match, though Ishant is and he bowled for India on the third day.