Andhra To Become The First State To Enact 'Anti-Mosquito' Legislation 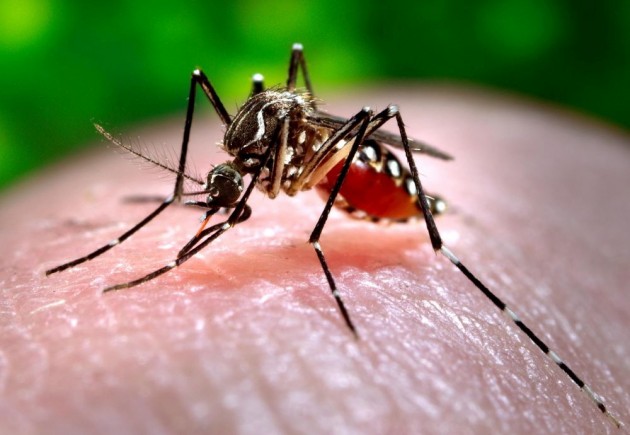 Print
A
A
A
increase text size
Outlook November 06, 2016 16:23 IST Andhra To Become The First State To Enact 'Anti-Mosquito' Legislation

Having set a target of making Andhra Pradesh "100 per cent mosquito free" in the next two years, the state government is now ready to enact a legislation, the first of its kind in the country, to curb 'breeding of mosquitoes'.

The state health department has drafted the Mosquito Breeding Control Act to penalise those who cause breeding of mosquitoes in both rural and urban areas.

Once the Cabinet clears the draft Bill later this month, the legislation will be enacted in the next session of Legislature, a senior official said.

On its part, the government plans to cover all open drains and sewer lines in villages and urban areas to check mosquito breeding.

On September 20, Chief Minister N Chandrababu Naidu announced a programme "Domala Pai dandayatra" (attack on mosquitoes) and a "war" on contagious diseases, and on September 28 he vowed to make the state "100 per cent mosquito free".

"Our aim is to completely wipe out nine contagious diseases like malaria, dengue, chikungunya, diarrhoea, typhoid, swineflu from the state. It is possible. We have recently launched a war on mosquitoes. We have to work on this daily and in two years make Andhra Pradesh mosquito free," Chandrababu said.

He had since been reviewing the programme every Saturday and driving the officials and the elected representatives to create awareness among people on the need to maintain clean surroundings.

Women self-help groups (SHGs) and village sanitation committees will be involved in a big way to ensure that the new legislation is enforced in an effective manner.

The SHG women will take pictures of mosquito breeding spots and send them to the command control centre in the state headquarters, which will be geotagged.

With the help of these pictures, those causing water stagnation, and thereby mosquito breeding, will be identified and penalised.

Already, members of 9,000 women SHGs are being trained for this massive exercise. A similar system will be put in place in the urban areas as well.

"Development and health leading to happiness, that is the government's ultimate objective. By getting rid of contagious diseases, we aim to build a healthy society," state Panchayat Raj and Rural Development Commissioner B Ramanjaneyulu has said.