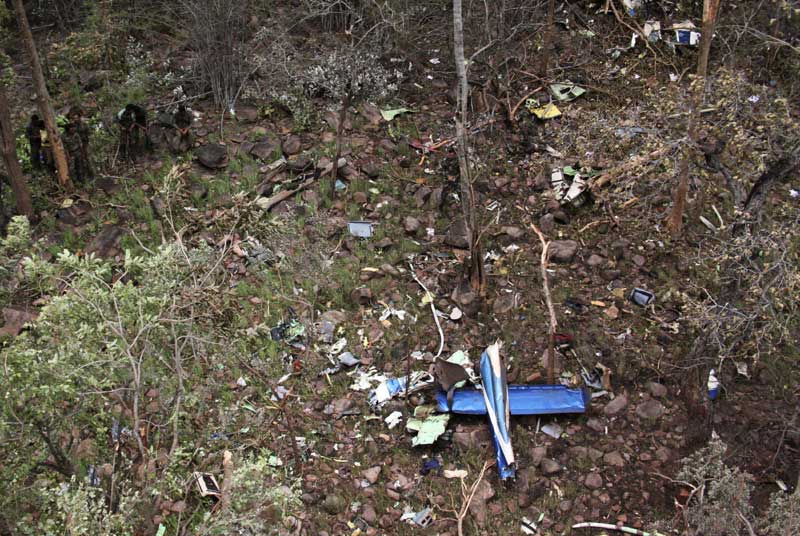 Print
A
A
A
increase text size
Outlook May 28, 2012 18:36 IST Andhra Ready to Relook into YSR Helicopter Crash: CM

Andhra Pradesh Chief Minister N Kiran Kumar Reddy today said that his government is ready to order fresh investigation into the helicopter crash, in which the then Chief Minister Y S Rajasekahara Reddy was killed on September 2, 2009, even as he accused the YSR family of trying to create a controversy over the accident only to gain political mileage ahead of the by-elections in the state.

Addressing a media conference along with a group of ministers here this afternoon, the Chief Minister said a fresh enquiry would be ordered into the chopper crash if the YSR family submitted a petition listing its doubts over the incident.

The government would also publicise the contents of the ill-fated helicopter's cockpit voice recorder as they were "not confidential."

"The CBI and other experts have already conducted detailed investigation into the crash and submitted their reports. It was an accident in which we lost our leader who was Chief Minister. If his family still has any doubts, let them come with a petition and we will be ready for a re-investigation," Kiran Kumar said, in reply to a question.

The Chief Minister criticised YSR's widow Vijaya for seeking to "create a controversy" over the helicopter crash only to gain political mileage ahead of the by-elections.