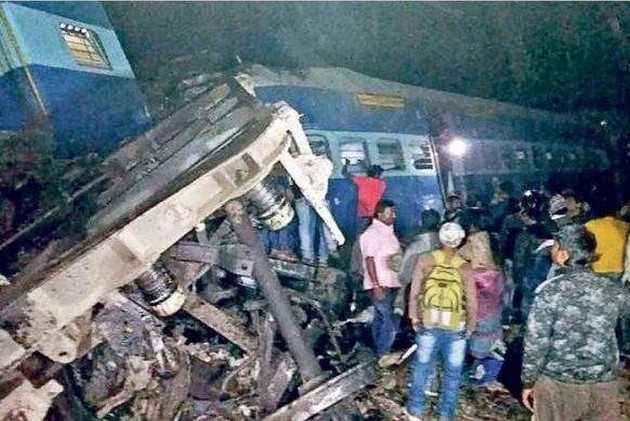 Andhra Pradesh Chief Minister N Chandrababu Naidu has announced an ex gratia of Rs 5 lakh under an insurance scheme to the kin of passengers from the state who were killed in the train derailment at Kuneru in Vizianagaram district today.

This amount would be in addition to the Rs 2 lakh ex gratia announced by Railway Minister Suresh Prabhu, the Chief Minister announced on Twitter.

However, details of passengers killed from the state in the Hirakhand Express derailment are yet to come out as the railway authorities so far identified only 18 of the 39 killed.

Most of the deceased were from Odisha and only two have so far been identified as residents of Andhra.

Chandrababu spoke to his Odisha counterpart Navin Patnaik and assured all assistance.

"Spoke to Railway Minister Suresh Prabhu to expedite all (rescue and relief) measures. Instructed Collectors of Visakhapatnam and Vizianagaram districts to coordinate all efforts, including medical treatment for injured passengers," Chandrababu tweeted.

"My office, along with the Chief Secretary's, is constantly monitoring relief efforts and status of the injured," he added.

At least 39 people were killed and over 60 injured as the engine and nine coaches of Jagdalpur-Bhubaneswar Hirakhand Express jumped the tracks in Andhra Pradesh's Vizianagaram district overnight with the railways suspecting sabotage behind the derailment, the third in as many months.