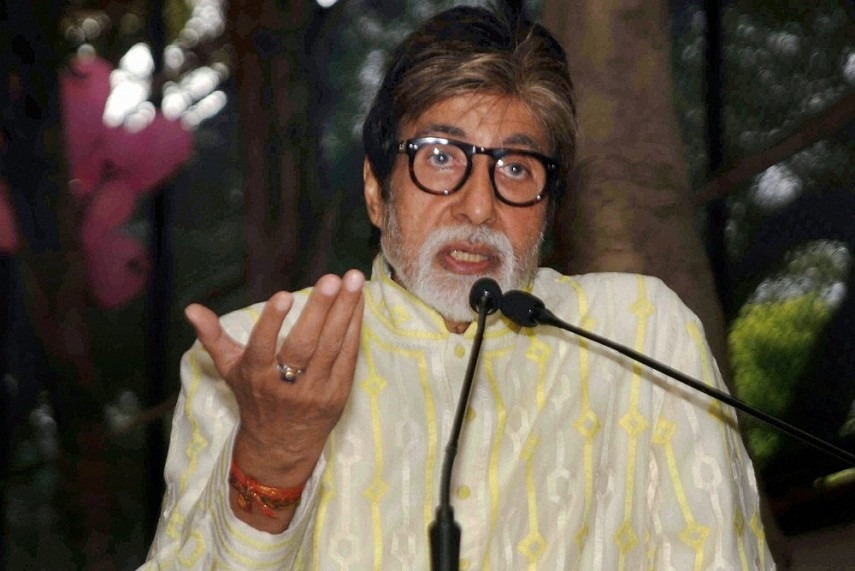 Print
A
A
A
increase text size
Outlook May 12, 2017 17:41 IST Amitabh Bachchan Appointed WHO's Goodwill Ambassador for Hepatitis

The World Health Organisation today appointed Amitabh Bachchan as its goodwill ambassador for hepatitis in South-East Asia region to boost awareness and intensify action to arrest the epidemic.

"This historic association is expected to help strengthen WHO's efforts in reducing the high numbers of premature deaths and illnesses from viral hepatitis which is not only causing hardships to individuals and families, but also impacting health and development across the South-East Asia region," she said.

Nearly 90 million people suffer from chronic liver diseases, which are driving rates of liver cancer and cirrhosis in the region, according to the WHO estimates released this year.

"I am absolutely committed to the cause of hepatitis. As a person living with hepatitis B, I know the pain and sufferings that hepatitis causes. No one should ever suffer from viral hepatitis," a WHO statement quoting Bachchan during an event in Mumbai said.

As WHO goodwill ambassador for hepatitis in the region, Bachchan will lend his voice and support to public awareness programmes that aim to scale up preventive measures and advocate for early diagnosis and treatment of viral hepatitis.

"Bachchan's voice is one that is listened to by people across the country, regardless of cultural, social or economic background and can make real change possible. We have witnessed this in polio eradication," a statement quoting Health Minister J P Nadda said.

As per the national immunisation schedule of countries in the region, hepatitis B vaccination – a dose within 24 hours of birth followed by three doses in the first six months of life - provides protection and prevents mother-to-child transmission of the disease, WHO said.

"Bachchan's support will reinforce WHO's efforts to end hepatitis as a public health threat by 2030," Singh said.

The megastar will also be advocating for the full implementation of WHO South-East Asia Region's action plan for hepatitis which seeks to provide a road map for sustainable prevention, diagnosis, treatment and care for all forms of hepatitis within the universal health care framework.

"We can and must end hepatitis. With Bachchan on board as our Goodwill Ambassador, we are confident of reaching our goal," said Singh.

This is the first formal association between WHO and Bachchan, who had served as UNICEF Goodwill Ambassador for Polio in India. The veteran actor has been supporting and promoting various health and related issues in the country such as childhood immunisation programme, tuberculosis and Clean India campaign, the global body added.