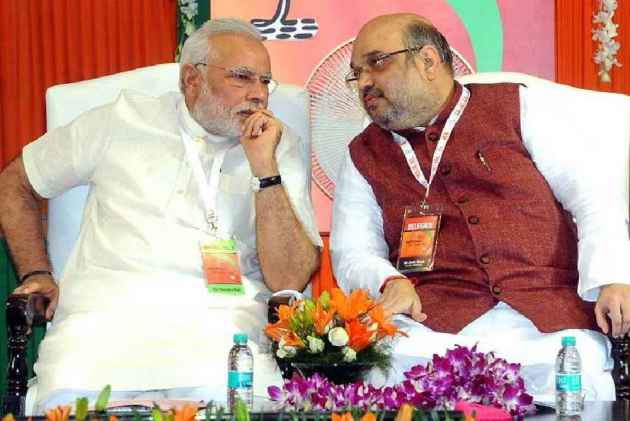 In an interaction with elected local body representatives here, the BJP chief said he was surprised as to why people think otherwise.

Shah said a BJP worker explained the reason behind this to him. "A party worker told me that when Manmohan Singh used to go abroad, nobody knew," he said.

He said Singh used to read out from written speeches on his foreign tours.

"He carried pages written in English and come back after reading them. Sometimes he read in Thailand the pages meant to be read in Malaysia and vice-versa," he claimed.

Shah said during Singh's tenure, the world never used to know whether the Indian PM went to China, the USA or Russia.

"But now when Modiji goes to China, America, Russia, France, Japan, Sri Lanka... Thousands of people gather at airport to receive him and the entire world watches him," he said.