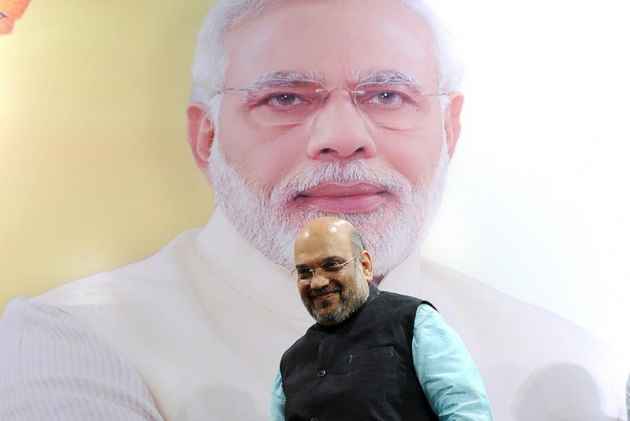 BJP chief Amit Shah has said Mahatma Gandhi was a "chatur baniya", a reference to the mercantile caste to which he was born, who had rightly advised dissolution of the Congress after Independence.

Addressing a select audience of "prominent citizens" here yesterday evening, Shah also said the Congress was not rooted in any ideology or principles and was sort of a "special purpose vehicle" to secure freedom.

In remarks that raised the hackles of the Congress, which demanded an apology from Shah as well as Prime Minister Narendra Modi, the BJP president went on term Mahatma Gandhi a "bahut chatur baniya", a very shrewd baniya.

"The Congress party... Was constituted as a club by a British man. It was later converted into an organisation engaged in freedom struggle," Shah said.

It had in its fold both right and left-leaning people like Maulana Azad, Pandit Madan Mohan Malaviya and many others, he said.

"People of various ideologies and thinking associated themselves with Congress to gain independence. Congress didn't have any ideology or set of principles and it was only used as a special purpose vehicle to secure freedom.

"And therefore, Mahatma Gandhi, with a lot of foresight -- he was a very shrewd baniya -- he knew what was going to happen in future. He had said immediately after the Independence that Congress should be dissolved."

Mahatma Gandhi couldn't do that, but now some people are completing the task of dissolution of Congress, the BJP chief added in an apparent jibe at the present Congress leadership.

Amongst the 1,650 political parties in India, only the BJP and the Communist Party of India have upheld internal democracy, he said.

"There are some parties where only dynastic rule prevails. It was clear that after Congress president Sonia Gandhi, Rahul Gandhi would take over, but nobody can predict who would be the next BJP president after me," Shah said.

Referring to alleged anti-national slogans raised in Jawaharlal Nehru University, Shah said whoever does so will be termed as anti-national.

Shah's remarks on Mahatma Gandhi led to immediate criticism from the Congress in Chhattisgarh and in New Delhi.

"Such a comment on the father of the nation is highly condemnable. Shah has crossed limits of politics," said state Congress general secretary Shailesh Nitin Trivedi.

In New Delhi, party spokesperson Randeep Surjewala said Shah's remarks were "an insult to freedom fighters, their sacrifices and also to Gandhi".