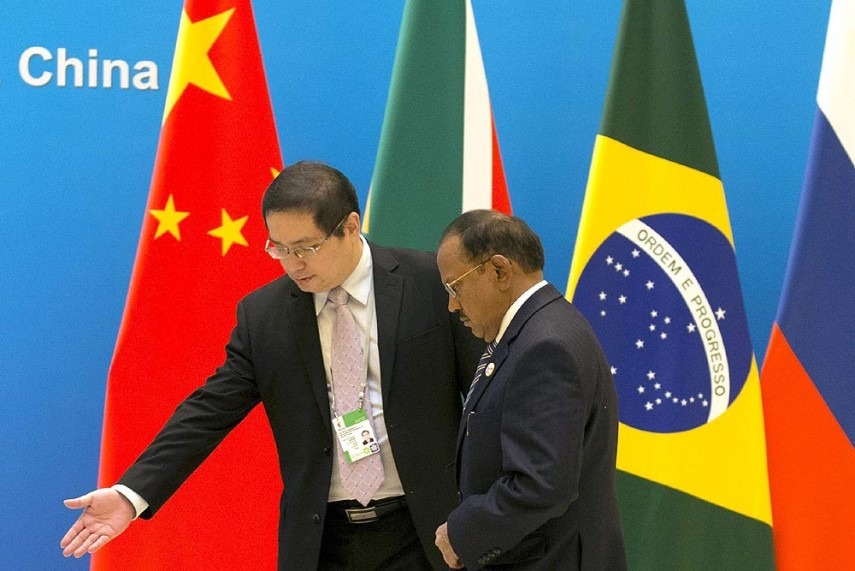 Print
A
A
A
increase text size
Outlook July 28, 2017 15:33 IST Amid Border Standoff Ajit Doval Calls On President Xi Along With Other BRICS NSAs

The meeting comes amid a standoff between China and India in Doklam area in the Sikkim sector.

After day-long deliberations over improving cooperation in a number of areas, the BRICS (Brazil, Russia, India, China and South Africa) NSAs met Xi and interacted with him.

China yesterday acknowledged that Doval and his Chinese counterpart Yang Jiechi met on the sidelines of the BRICS NSAs meet during which they discussed "major problems" in bilateral ties. However, China made no mention of the Doklam standoff.

Since the standoff began on June 16, China has been maintaining that there will not be a meaningful dialogue without the unconditional withdrawal of Indian troops.

In today's meetings, there were no hand shakes in front of the media between Chinese officials and the BRICS NSAs.