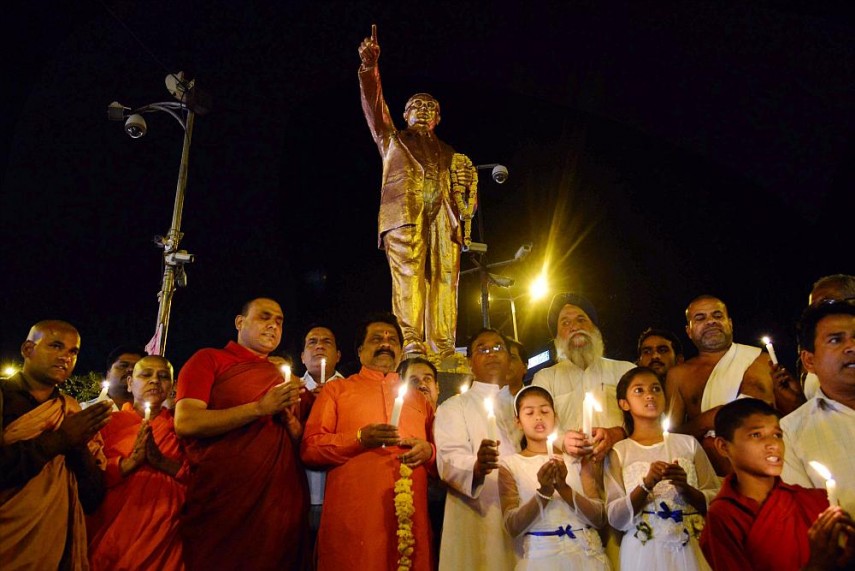 Over a dozen people were today booked here for allegedly uprooting and damaging BR Ambedkar's statue at Assan Kalan village of Panipat district in Haryana.

Police said a case under IPC sections 295 A (hurting religious sentiments), 147 (rioting), 153 A (promoting enmity between different groups on grounds of religion, race, place) and relevant sections of the Scheduled Castes and the Scheduled Tribes (Prevention of Atrocities) Act has been registered against 13 persons.

However, no arrest has been made so far, they said.

Tension gripped the Assan Kalan village today after the incident came to light.

"The incident occurred at around 3 AM in the morning," Sonepat, DSP (head quarters), Jagdeep Singh said.

Police said an old enmity between two groups over some issue triggered the incident, adding further investigations are underway.