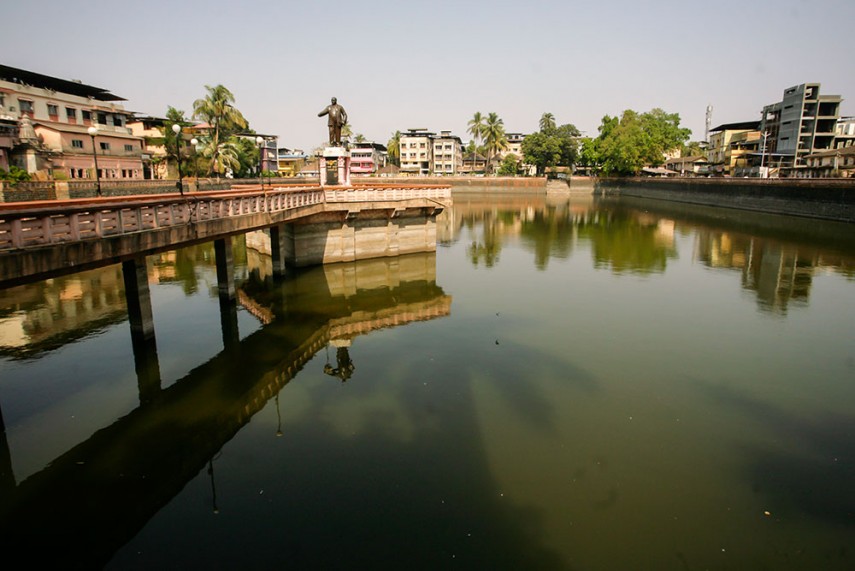 A statue of BR Ambedkar was today found desecrated in Dudwa Dharampuri locality here in Bhadohi district, leading to tension in the area.

Protesting against the incident, an angry mob blocked traffic on the main road for over an hour prompting the administration to deploy additional police force.

Senior administrative and police officials also rushed to the spot to bring the situation under control and pacified the protesters by assuring action against those involved.

A case has been registered against unidentified persons.