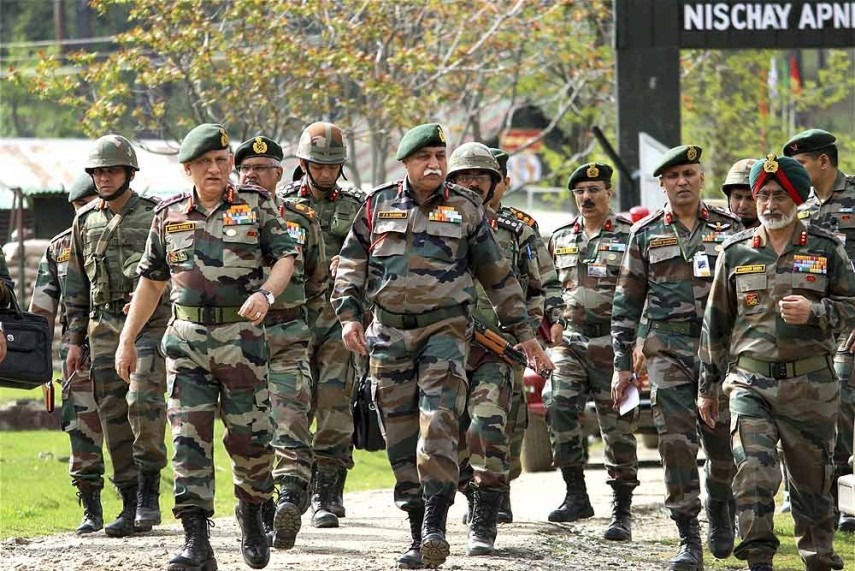 Army Chief General Bipin Rawat today arrived here to review the security situation in the wake of the militant attack on Amarnath pilgrims.

The Army chief will be briefed by top Army officials in the Valley about the overall security situation in Kashmir, especially in the wake of the attack last night in Anantnag.

"The Army chief has arrived here in Srinagar and will be interacting with the Director General of Police (S P Vaid) later in the day. Gen Rawat might also hold a meeting with DG CRPF," an Army official said.

Seven Amarnath pilgrims, five of them women, were killed in a militant attack in Anantnag last night.

The militants attacked an armoured car of the police at 8.20 pm yesterday. When the police fired back, the militants fled, firing indiscriminately, the official said.

A bus carrying yatris was on the highway when the incident occurred, the official said.

"In the firing by militants, seven people, five of them women, were killed, and another seven injured," the official said. The bus had come from Sonamarg.

The pilgrims were on their way back after visiting the Amarnath shrine.

The police claimed the bus driver had violated rules for the pilgrimage, which state that no yatra vehicle should be on the highway after 7 pm.