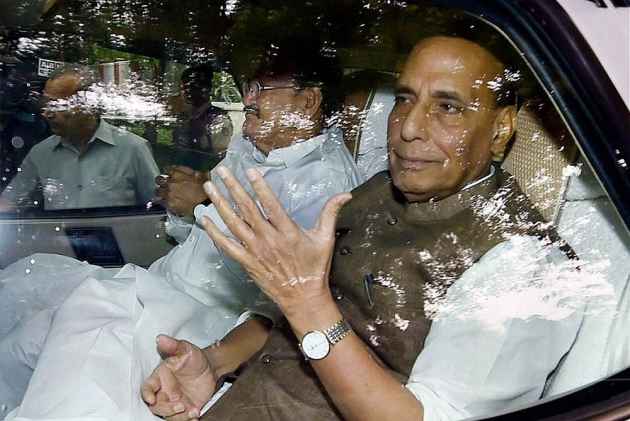 Home Minister Rajnath Singh today called a high-level meeting to review the situation in Jammu and Kashmir in the wake of the killing of Amarnath pilgrims by terrorists.

The meeting will take stock of the situation in Jammu and Kashmir, security of Amarnath pilgrims and how to prevent such possible attacks in the future, official sources said.

A high-level central team led by Minister of State for Home Hansraj Ahir will also visit Jammu and Kashmir to assess the security of the pilgrimage to the high altitude cave shrine located in the Himalayas.

Director General of CRPF R R Bhatnagar has already reached Srinagar to review the deployment of the central forces in the pilgrimage route.

He will also attend a security review meeting convened by Governor N N Vohra in Srinagar.

Meanwhile, arrangements are being made for airlifting of the bodies of the victims of yesterday's attack to Gujarat.

Terrorists yesterday killed seven Amarnath pilgrims, including six women, and injured 19 others as they struck at a bus in Kashmir's Anantnag district.